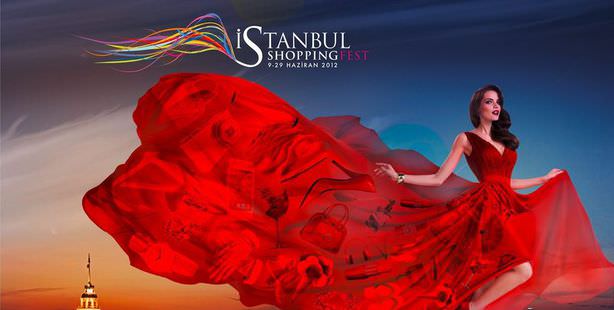 Promotion abroad for this year’s Istanbul Shopping Fest, which is expected to bring in an 8.5 billion dollar turnover, kicked off in the Azerbaijani capital of Baku.

This year, Istanbul will be hosting the third annual Istanbul Shopping Fest (ISF) from June 8-30. Every year foreign tourists flock to the festival which has increased revenue by up to 50 percent not only for Istanbul, but for the entire retail sector in Turkey. Promotion abroad kicked off for the event in the Azerbaijani capital of Baku after which the promotional committee will then move on to Qatar, Dubai, Sophia and Moscow.

Last year the 21-day festival brought in 7.5 billion liras, however this year's festival which has been expanded to 23 days is expected to reap 8.5 billion liras. Istanbul Shopping Fest Executive Board Chairman Vahap Küçük explains that the number of Azeri tourists that came to Turkey during the festival period last year increased by 35 percent compared to the year prior, which is why they have decided to begin their international promotional tour from Baku.

In Baku, Küçük greeted Azerbaijani's by inviting them to Istanbul in their own dialect and pointed out that due to the ISF, Istanbul has become one of the most active shopping destinations in the region.
Remarking that they are expecting foreign tourists to exhibit a great interest in the festival this year as well, Küçük stated, "We are anticipating foreign spending at this year's festival to increase by 25 percent which would reach 500 million liras." Emphasizing that Istanbul alone has 92 shopping centers, Küçük went on to state, "The total square meter area of these shopping centers alone is 3.2 million. This is a figure that is even larger than the country of Luxembourg."

ISF Executive Board Member Hüseyin Doğan remarked that last year nearly one million tourists arrived to Istanbul during the 21-day festival and stated, "Ten percent of that figure was secured by the ISF. We are hoping to bring this rate up to 15 percent."

THE DUBAI OF THE CAUCASUS

With its developing economy and educated labor force, Azerbaijan is fast becoming the Dubai of the Caucasus. With a per capita income of 7,000 dollars, the nation offers investment opportunities in a number of areas including real estate. Turkey's Ambassador to Baku Alper Coşkun says that according to the Azerbaijanis' developing economy, Turkey is considered to be an economic giant. Coşkun also explains that Azerbaijan has a 35 billion dollar fund to invest in a variety of nations and states, "Turkey is also included amongst the countries they plan to invest in. They are finding the real estate sector to be advantageous."

The two nations shared a 3.5 billion dollar foreign trade volume, explained Coşkun, stating "Mutual investments have surpassed 10 billion dollars (four million of which was from Azerbaijan). We are aiming to bring this figure up to the 20 billion dollar level in the near future."

The Istanbul Shopping Fest is organized by the Ministry of Culture and Tourism and the Ministry of Development in conjunction with the Istanbul Governorship, the Istanbul Metropolitan Municipality, the Turkish Exporters Assembly, the Istanbul Chamber of Commerce and Turkish Airlines as well as a number of sector-based associations such as the United Brands Association (BMD). Fifteen million dollars in resources have been designated for the international promotion of the event.