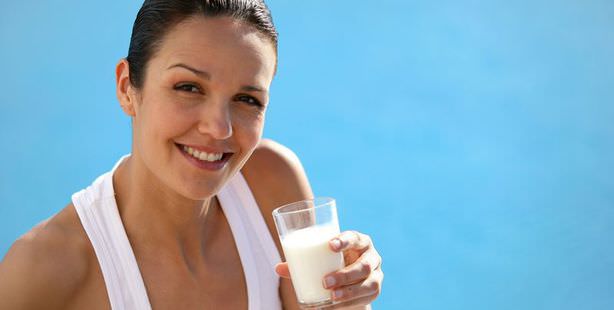 With Prime Minister Recep Tayyip Erdoğan’s announcement of the yogurt drink Ayran as being Turkey’s national beverage at the ‘Global Alcohol Policies Symposium’ held in conjunction by the Green Crescent Society and the World Health Organization, suddenly the world has set its sights on Turkey’s milk and dairy products industry.

First and foremost it must be said that Erdoğan's announcement that Ayran is the country's national drink has revitalized the sector which has had a busy month due to the fact that within a few days of the Prime Minister's comment, Ayran sales began to soar.

According to data from the Packaged Milk and Dairy Products Industrialists Association (ASÜD) the consumption of packaged Ayran has increased by 83 percent over the past five years reaching 442,000 tons. According to ASÜD President Harun Çallı, when including the homemade consumption of the drink, which consists of yogurt, water and salt, the true volume of consumption actually nears 750,000 tons. According to Çallı, the door to exporting milk and dairy products is now opening and Turkey may soon begin selling Ayran to Europe.

According to some this may not be an easy feat. However, I do not feel that way and in fact I advise that those who believe exporting milk and dairy products to the EU seems improbable to look at the issue from a different perspective. The development with Algeria is an example… As soon as news surfaced of authorization to export to the EU, reports also surfaced that within the framework of the agreement signed between Turkey and Algeria, we will soon begin exporting milk and dairy products to the country.

Just recently the Rosselkhoznadzor (the Russian Federal Service for Veterinary and Phytosanitary Surveillance) President Sergey Dankvert announced that Turkey could stand to benefit from the gap which has arisen as a result of certain inspections and limitations in EU imports of animal-based products and milk and dairy products. Dankvert stated that in the case that demand is not met, they will initially begin issuing the necessary certification to Turkish firms which have already received authorization to export to the EU and afterwards will also look into other firms.

In deliberations with China, the exporting of milk and dairy products was one of the main topics of discussion. Despite the significant increase in milk production in China, expectations are that due to the economy and, as a result, expectations of a strong increase in consumption, it is widely speculated that imports of milk powder and whey derivatives may also be on the rise this year.

With the food safety agreement signed between the two nations and as a result the unification of standardization and inspection, the door is now wide open for the exports of dairy products, which has been established as priority items.

These are all significant developments and it is in no way a coincidence that this has transpired following the door to exports opening to Europe. When it comes to this issue, we need to congratulate both ASÜD and the Ministry on their hard-working efforts.

This is a translation of an article originally written by İlknur Menlik.