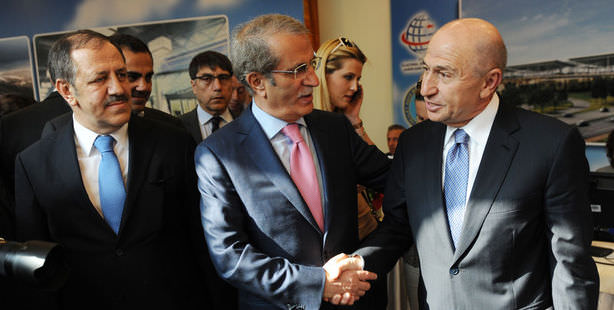 A consortium of Turkish construction firms won a tender on Friday to build and operate a planned third airport in Istanbul which Turkey says could eventually be the world's largest, bidding 22.15 billion euros for the project.

A Turkish consortium has won the biggest tender in the history of the Turkish Republic at over 22 billion euros to build Istanbul's third airport. The consortium of Cengiz, Kolin, Limak, Mapa and Kalyon bid 22.15 billion euros for the 25-year lease to operate the planned airport, outbidding rivals including Turkey's TAV Holding and Germany's Fraport.

A consortium of Turkish firm IC Ictas and Fraport, which operates Frankfurt's airport, had placed the highest initial bid but dropped out of the process after the Turkish consortium entered a higher offer.

TAV Holding, which is partly owned by France's Aeroports de Paris (ADP), had been one of the favorites in the process. Its shares slid almost 8 percent after it also withdrew following the initial bidding round earlier on Friday.

Turkey unveiled details in January of the planned airport, which will have a total of six runways and eventually be able to handle 150 million passengers per year.

Yıldırım has said the airport would be the largest in the world with passengers at full capacity. Istanbul, home of flag carrier Turkish Airlines, is becoming a major regional hub, linking destinations in Europe and Asia.