How did Erdoğan free Turkey from the IMF? 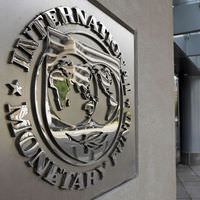 The last installment, 468.6 million dollars, of the IMF debt will be paid on the 14th of May. Turkey will end the debt it owes to the IMF, and for the first time give the IMF a loan of 5 billion dollars.

Recall the 2008 financial crisis that started in the United States housing sector that would later go on to affect the global economy. It was right at this time that some people acted as if the crisis started in Turkey and the media caused a commotion by stating, "If a 35 billion dollar loan is not taken from the IMF and given to us, we will stop paying our debts, and this way the Turkish economy will collapse."
In-fact some large banks had begun to lay off large quantities of employees in an attempt to threaten the government.

Well, while this was going on, Prime Minister Erdoğan announced that, "There is not a discrepancy in the budget and that the short term foreign public debt was a very small sum" by doing so he announced that he would not be taking a loan from the IMF. By doing this Turkey was able to leave the IMF hospital. On top of this some businessmen escalated the situation by telling the American consul general to Turkey that, "without the IMF agreement the AK Party government would not be able to manage the budget, that with the public spending there would be a rise in populism that would crash the economy," To the contrary, Turkey left the IMF hospital and began to show better economic performance.
The budget discrepancy and the burden of debt decreased, there was even a budget surplus entering the 2011 elections. Due to this it came to light that a successful political economist who was fearful of Prime minister Erdoğan's populist politics suggested this policy. Because had Turkey made an agreement and taken a 35 billon dollar debt, the new stand-by policy used by the IMF in 2008 would keep turkey with a very high public debt, making it remain in the IMF hospital.

The public would end up continuing to have to pay for the extra debt taken from the IMF. The in motion peace process of today would also not have been possible.
Why do we make this sort of evaluation? Because in an economy with fragile public finances, a prime minister would not be possible for a prime minister to make these radical decisions. Therefore it was necessary to free the country from the burden and to pay the IMF debts. Knowing this, Prime Minister Erdoğan first took action to secure the fragile public finances. By doing this he was able to remove the standards that required an IMF presence in the country.

Lets get to the benefits of being freed from the IMF burden…
As you know the IMF will not take into consideration a country's goals of economic expansion. IMF programs have two goals: one, low inflation, two, securing consistent payments. These two goals won't do anything other than allow for the wealthy of the country to pay off their debts. By removing the IMF debt Erdoğan shifted the favor of the country's economy from the rich to the poor. He increased the funding to education and health while reducing military spending. By do it yourself privatizing methods of investment into public infrastructure he was able to do so without burdening the treasury. By doing so the income distribution was scattered, improving productivity.

As you'll understand, Prime Minister Erdogan, freed Turkey from the IMF, a relationship that saw Turkey go to the IMF for assistance 19 times since 1961, by keeping away from populism due the assistance of political analyst crows, Turkey was saved.

This is a translation of an article originally written by Süleyman Yaşar.
Last Update: May 06, 2013 5:16 pm
RELATED TOPICS