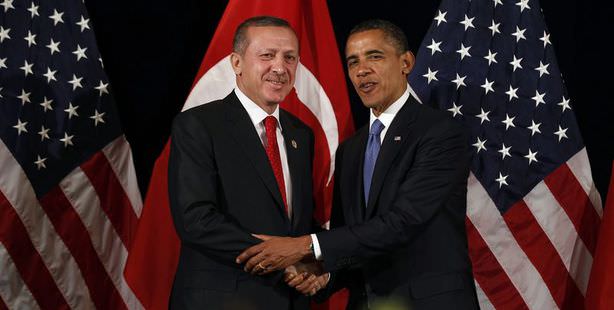 In handling Turkish-American relations at the superior level, the surfacing of certain current agenda items is routine. The development of trade between the United States and Turkey has always been one of those items.

Every time the U.S. President and Turkey's Prime Minister meet, the following sentences are always repeated, "We need to reflect our strategic cooperation and the compatibility of our bilateral relations on our mutual trade. However, due to the lack of a concrete plan, the intended results are never attained.

When we look at the figures from the past five years, we see a picture that although displays a yearly increase, albeit little, is not at the level desired.

In other words, the cooperation in the arena of politics is not being reflected on trade relations.

Trade between the United States and South Korea is expected to surpass 100 billion dollars due to the free trade agreement that began this year. All of these nations have signed onto a free trade agreement with the U.S. This formula is now on the agenda as a means to further advance economic relations between Turkey and America.

The signing of a Free Trade Agreement will be the main item on the agenda during Prime Minister Recep Tayyip Erdoğan's May 16th meeting with U.S. President Barack Obama in Washington.

Parallel to the Transatlantic Trade and Investment Partnership agreement, Turkey will also be suggesting to the U.S., "Let's lift the taxes and establish a customs union."

The U.S., which is trying to develop joint market blocks in order to strengthen its hand against China, will be willing to take on this proposal. However, it may be slower to embark on the Free Trade Agreement and therefore Turkey will need to increase pressure from the "strategic partnership" framework in an effort to expedite the process.