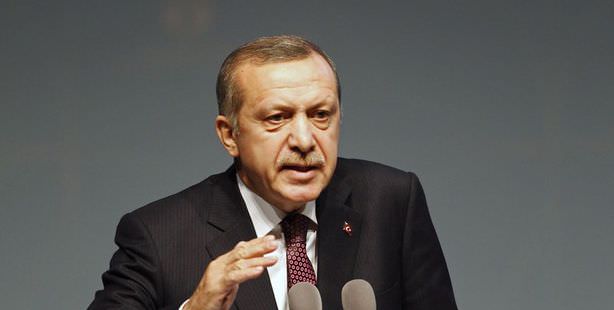 Prime Minister Recep Tayyip Erdoğan issued harsh comments to the IMF on the wake of paying off the nation’s debt to the International Monetary Fund. “We haven’t made an agreement with the IMF because they attempted to teach us politics. However, I will not have a lesson taught to me by a civil servant.”

With just days left until Turkey zeroes out their debt to the IMF after over a half a century of relations, Prime Minster Recep Tayyip Erdoğan delivered a harsh farewell speech.

Announcing that with the payment to be made on Tuesday, Turkey will have zeroed out their debt owed to the IMF, Prime Minister Erdoğan said to the audience at the European Bank for Reconstruction and Development Annual Meeting, "We have not signed a stand-by agreement with the IMF. Why is that? Because, they want other things from us, such as to teach us politics. I am a politician and I will only listen to or learn from politicians when it comes to politics. I will not be given a lesson on politics from a civil servant," stated Erdoğan.

"Despite all of the measures taken, the fragility of the global economy continues. We are somehow unable to acquire the growth rates necessary. This is quite literally a structure that has reached the saturation point. Financial crises, a sturdy macroeconomic framework and structural reforms have shown just how significant they are in terms of steady growth and stability. Due to the rooted reforms we have realized in the past ten years, Turkey has truly taken on a different position in this global financial crisis," Erdoğan told the audience.

Pointing out that they when they came into power in Turkey ten years ago, the country had a 23.5 billion dollar debt to the IMF, Prime Minister Erdoğan went on to state the following: "From that time until now we have not signed onto a stand-by agreement. I have explained to them that if they want to offer us financial support then fine, however when we pay if off then they should not say anything else to us. However, I told them, 'if we are unable to pay our debt, then do whatever necessary,' said Erdoğan drawing on the IMF's demands for reforms in saying, "No offense, but we are no longer signing onto a stand-by agreement with you.' We have paid off our debt. On Tuesday, we will be paying out the final installment. The 23.5 billion dollar debt with the IMF is coming to a close."

MILESTONES OF THE FAREWELL WITH THE IMF

* The first stand-by agreement was signed during the 24th Government-era led by Cemal Gürsel.

* Since that time, Turkey has signed 19 stand-by agreements.

* During this timeframe, Turkey has received over 50 billion dollars in resources from the IMF.

* By paying the final installment of 421 million dollars on May 14th, Turkey will have zeroed out its debt to the IMF.

MY THIRD LOVE, THE THIRD BRIDGE

Prime Minister Erdoğan also commented on the construction of the third bridge in Istanbul, calling it his "third love", for which a foundation-laying ceremony will be held on May 29th. "I had a third love, which was the third Bosphorus Bridge," stated Erdoğan. "We are now preparing to lay the groundwork for this bridge and we are also building a third airport in Istanbul. When I first mentioned Kanal Istanbul, people that I admire and who admire me would say, 'Mr. Prime Minister where are you going to do this and how is it going to happen' We would simply say to them, 'We will be doing it just how we have done a number of things that were said could not be done," said Erdoğan.

The Prime Minister also announced that Canal Istanbul will connect the Black Sea to the Marmara Sea and stated, "We are planning a very different and modern canal. It will be 500 meters wide at the highest level. Istanbul will have a place in this world as a brand city."