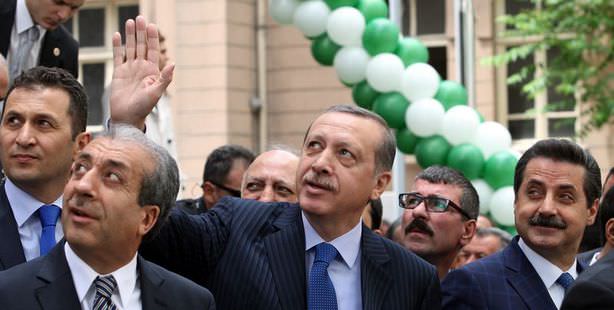 Turkey awoke to a historical day today. A 52-year old stand-by relationship with the International Monetary Fund (c) comes to a close. Today, Turkey's pays off the nation's final installment of 421 million dollars, thereby zeroing out the nation's IMF debt.

AN AGREEMENT EVERY YEAR

Our relationship with the IMF spans back to 1947 and the era of İsmet İnönü. Since then, Turkey has signed on to 19 stand-by agreements. Between the years 1960 to 1970, Turkey signed a stand-by agreement with the IMF yearly. From 1970 to 1978, there was a break. However, since then, Turkey has sat down to the negotiating table with the IMF countless times. Only eight of the deals signed were completed. The IMF was a hot topic in 2001. As overnight interest rates would see 7,000 percent increases, banks were handed over to the state one by one. The IMF was the only hope for a way out of the February crisis in Turkey that year. During that time, Turkey spent days trying to negotiate an IMF deal. When the funds came in, after great concessions and negotiations during the Kemal Derviş era, it was as if a wave of joy blew through the nation. When the AK Party came into power, they took on the agreement that was signed at that time by the DSP-MHP-ANAP coalition.

* On January 1, 1961: The first stand-by agreement was signed with the IMF while President Cemal Gürsel was in power.

*1961-1970: IMF agreements continued throughout this decade as both Süleyman Demirel and İsmet İnönü came to power three times each.

* On July 8, 1994: Turkey signed its 16th agreement. With the signing of the deal by Tansu Çiller on April 5th, the Turkish lira saw a 39 percent devaluation.

* 1999: The 18th agreement was signed during the Kemal Derviş era as the DSP, MHP and ANAP were in government.

* 2005: The 19th agreement was signed while the AK Party government was in power. The fund provided ten billion dollars in credit.

* 2008: Despite the economic crisis, Turkey did not sign a deal with the IMF.

Nations did that did not make a deal with the fund have gotten stronger...

Turkey has been a successful example for the history of the IMF. Turkey is one of the rare countries that has both paid back their debt and rectified their economy. A number of nations that adopted IMF deals have now come out successful for it. The crisis in Europe is proof enough that the IMF prescription does not save every patient. As the IMF image continues to fade, countries such as Argentina, Russia, Brazil and South Korea have taken the IMF out of their equation.