Turkey receives yet another investment-grade rating 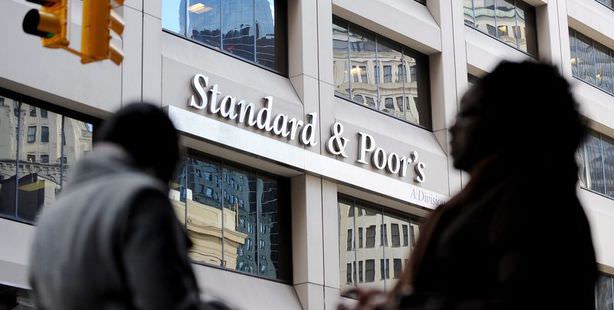 Turkey’s third investment-grade rating has come from Japan’s JCR. By bumping up our rating by two levels to BBB-, Japan’s Credit Rating Agency has put the country on the radar of 16 trillion dollars worth of Asian funds. Now, all sights are set on S&P.

Emphasizing the nation's democracy, the announcement stated, "Turkey's secularism has been maintained from its republic independence in 1923 through today's AKP government led by Mr. Recep Tayyip Erdoğan (since 2003)."

JCR's recent upgrade to Turkey's rating has resulted in setting sights on the 16 trillion dollars worth of funds in the Asia region. A significant amount of funds are now expected to enter Turkey from the Asia-Pacific region. JCR, whose partners include Norinchukin Bank and Bank of Tokyo Mitsubishi, was founded in 1975. The institution rated Turkey for the first time with a BBB in 1994. Since then the nation's rating has been altered a total 18 times.

Deputy Prime Minister Ali Babacan said that the recent upgrade has now cleared the path for a group of investors from East Asia and especially Japan, to enter Turkey. "Japanese establishments are seeking venues to invest that are both secure and will allow them an appropriate yield. The path is now clear for a group of investors from Japan and East Asia. They no longer have any excuses," stated Babacan.

TURKEY'S MOMENTUM HAS NOT SLOWED

Economy Minister Zafer Çağlayan commented on the upgrade by stating that neither the cold wind a-blowin from Europe nor the burning heat from the Arab Spring has managed to slow down Turkey's momentum.

Development Minister Cevdet Yılmaz said that the rating upgrade will draw in Asian-sourced capital. Science, Industry and Technology Minister Nihat Ergün stated that investors will now no longer be apprehensive about coming to Turkey.

'They can't hold out any longer'

JCR's recent upgrade to Turkey's credit rating has resulted in an anticipation of the same from Standard&Poor's. The business world and academics have delivered the international ratings institution the message to "no longer resist." SETA Foundation Economy Director Prof. Dr. Erdal Tanas Karagöl stated, "It is now S&P's turn. I don't think they will be able to hold out for much longer."

Ökmen: Our nuclear efforts were influential

JCR Eurasia Executive Board Chairman Orhan Ökmen also commented on the upgrade by saying, "Financial fragility no longer remains in Turkey. The level of ambiguity in the country has also decreased. There are no longer any grey areas. The resolution process has also had a positive effect." Ökmen also emphasized the influence of the nuclear project planned for Sinop and stated, "Turkey is now working on nuclear projects which will decrease the nation's energy dependence. These are the reasons why we made this decision to upgrade Turkey's rating."