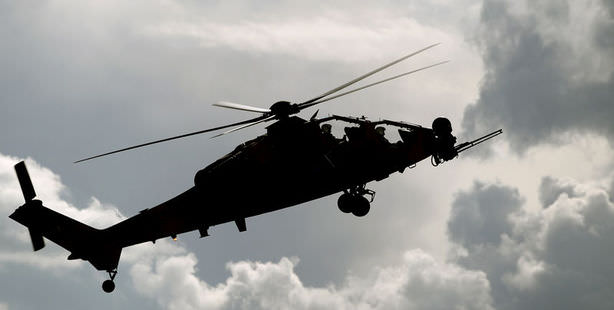 Three “conceptual designs” for Turkey’s first national combat aircraft program developed by Turkish Aerospace Industries (TAI) and the Turkish Air Force will be presented to the Defense Industry Undersecretariat and the Air Force for approval on September 29.

Having successfully completed the nation's first indigenous drone the ANKA, as well as the training jet the Hürkuş, now Turkey is honed in on developing what will be the nation's most significant aviation project over the next ten years, a "National Combat Aircraft." This domestic plane which will be able to dodge radar detection will be flying the skies in 2023.

Efforts for this ambitious project began two years ago by the Defense Industry Undersecretariat and last year Turkish Aerospace Industries (TAI) was awarded a contract to begin working on the conceptual design of the project, which they have done so with 40 engineers and a special Air Force team, establishing a "virtual headquarters."

In researching the industrial aspect, the project will be designed and conceptualized in Turkey with certain parts that will be purchased abroad to be determined. A number of international cooperation models, including the engine-building process are also under consideration.

TWIN-TAIL CANARD: A single-engine aircraft with a twin-tail canard delta that allows for maneuvering in high elevation as well as remaining in the air at low speeds and is the smallest on a three-dimensional scale to the other two designs.

TWIN ENGINES: In this design, the aircraft has a conventional tail plane is fast speed and long-range and built to carry additional weaponry and remain in the air. This design is the longest of the three.

SINGLE ENGINE: The single-engine option is a more standard design compared to the other two concepts. It is mid-class in terms of size. Its wing structure resembles the F-22 and the cockpit and tailplane is reminiscent of the F-35.

The new aircraft concept is expected to replace the F-16's which have been in the Air Forces fleet since 1988. One of the most important demands for the design is that it has low-visibility, in other words, will be difficult to detect by radar. The option of transporting weapons inside the cockpit is also being considered for lower detection.

The initial target is to complete the conceptual design and feasibility studies by September 29. Once all of the information has been relayed to the Air Force and the Defense Industry Undersecretariat, a decision will be made on which model will be designed. A critical period of design by domestic engineers will ensue and production is to begin by 2021. The first flight is targeted for 2023. After the flight tests, the delivery process will begin and is expected to take place between the years 2025 and 2035. The National Combat Aircraft is expected to remain in the Air Force inventory until 2060.