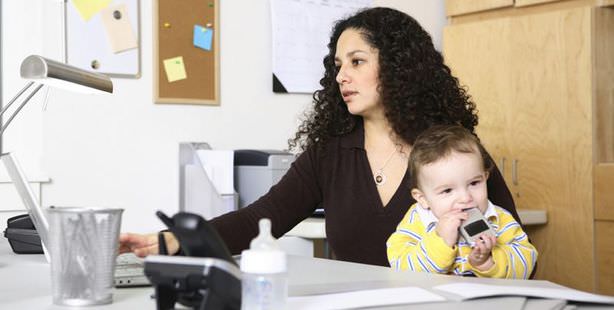 The government will be implementing a number of incentives to promote women giving birth. New legislation to include maternity leave increased to six months and graduated retirement based on number of children. In addition, the state will be subsidizing maternity leaves for female employees.

The Economic Coordination Council (EEK) has finalized the framework for a series of measures geared towards providing incentives for working mothers that have children. The new measures prepared by the Labor, Finance, Family, Development and Health Ministries will be presented to Prime Minister Recep Tayyip Erdoğan's approval after which it will be passed on to the parliament for an assembly vote. The draft legislation includes increasing maternity leave from four months to six months. Providing job security, subsidies, flexible employment options and doctor appointment leaves are also included in the draft. Another possible item to be added will be offering women retirement plans based on the number of children they have.

Efforts are also in place to include retirement options for those engaged in flexible employment within the framework of the National Employment Strategy Action Plan. Legislation will be developed to ensure flexible employees access to the rights granted by the current labor legislation. Efforts will include ensuring all flexible employees the opportunity to benefit from rights in accordance to the principle of equal treatment such as receiving an annual paid vacation, week-ends, daily rest periods and childcare services. Legislation will also include incentives to ensure women with children are not displaced from the labor force market. Childcare services will be made mandatory in public institutions and establishments.

Pregnant women and women with children will be offered all forms of convenience in the work place. While regulations will be made to ensure employment and working condition pose no risk to pregnancy, pregnant employees will be offered all forms of conveniences regarding receiving periodical check-ups. Pregnant women will not be employed in labor intensive positions. Employees and civil servants employed in the public sector will receive paid leave on days they undergo check-ups. Those employed in positions involving risk will have their positions changed. The state will subsidize women on maternity leave. Temporary employment will fill positions for personnel that are on maternity leave.

The prospect of partial employment for women returning from maternity leave is also being considered. Women will be able to benefit from the option, if desired, for part-time employment until their children have reached the age of three or five. Within this framework, the labor model that stands out is the offering of a choice to work part-time or from home

NO OBSTACLE TO PROMOTION

Being an employee that has a child will not be an obstacle to promotions. While personal rights such gradual elevation in a position and seniority will remain, birth borrowing is also foreseen to be included in legislation. Accordingly, the two-year borrowing terms for insured mothers may also be increased.