Protesters demands stand to benefit Germany and the U.K. 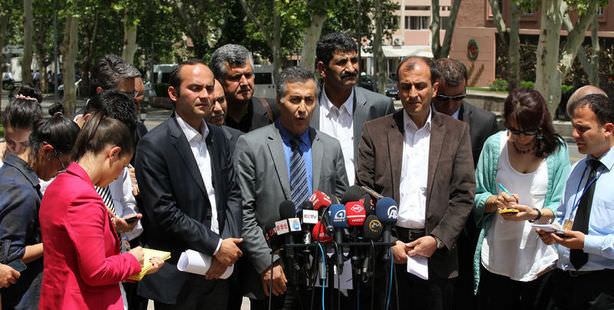 The ‘economic’ demands set forth by the Taksim Platform, which spoke on behalf of the Gezi Park protesters in a meeting with Deputy Prime Minister Arınç on Wednesday, have resulted in a number of question marks. The main question being, why are they opposed to projects worth 120 billion such as the third bridge and airport, hydroelectric power plants and Canal Istanbul?

The demands presented by the Taksim Platform to Deputy Prime Minister Bülent Arınç on Wednesday have brought on much debate. The fact that these demands, relayed in connection to the Gezi Park protests, involve the billion dollar Canal Istanbul, Third Bridge and Airport as well as Hydroelectric Power Plants (HESs) has brought the question of "Who stands to benefit if these projects were to be cancelled?" to the agenda. The 120 billion dollar projects are intended to provide employment opportunities for 220,000 people.

ISTANBUL TO STAND OUT

When completed, the third airport planned for Istanbul will be the largest in the world. Should the endeavor not fruition, Istanbul's dream of becoming a 'mega hub' will fall to the wayside. Instead, main competitors Frankfurt and London will be brought to the forefront. Canal Istanbul stands to rake in five billion dollars annually into Turkey's cash register. The HES projects will save Turkey from being dependent on foreign sources.

FRANKFURT AND LONDON ARE AFFECTED

With the passenger capacity the third airport will offer, the project stands to overtake its global competitors to place Istanbul in the number one spot. This project will also turn Istanbul into a "mega hub" transit center. The crazy project will mostly affect the 63 million passenger capacity London Heathrow Airport and the 45.5 million passenger-capacity Frankfurt Airport. Another airport that stands to be affected by Istanbul's third is the Beirut Airport, which hosts passengers travelling from the Far East to Europe. According to calculations, the Middle East alone incurs a 14 billion-dollar revenue, which is an indicator of how much the foreign share of the pie may decrease.

CANAL ISTANBUL TO BRING IN 5 BILLION $

With Canal Istanbul the limitations brought on by the 1936 Montreux Convention will also be diminished. The project, which aims to provide daily traffic for 150-160 vessels, will also lighten the burden on the Black Sea. According to the Montreux Convention, Turkey does not charge for transit passing along the Bosporus Strait. If a firm transporting goods has the financial provisions and does not want to wait to cross, then they may traverse their ship through the second canal. The canal is calculated to bring into the Treasury at least five billion dollars in revenue annually. If the project is not released then 50,000 job opportunities will also no longer be provided.

Hydroelectric Power Plants will be putting a halt to the importing of natural gas. The 2,000 hydroelectric power stations to be set up in the Black Sea for approximately 120 million dollars is anticipated to provide a total 200 million dollars in revenue annually. The realization of the HES projects will also contribute to the budget deficit.