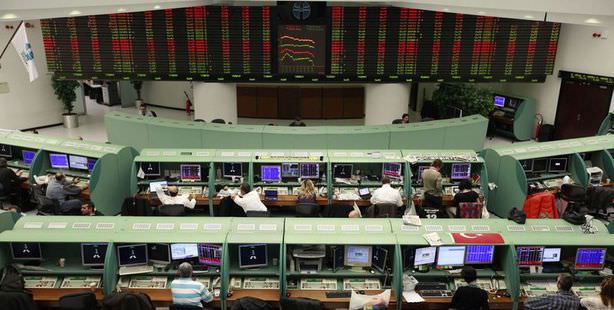 The Capital Markets Board has initiated an investigation into exits from the stock exchange by speculators, in a move which followed Erdoğan’s acknowledgement of attempts by the interest rate lobby to instigate a drop in the stock exchange. Should the Capitals Market Board establish a connection between financial exists and speculators sanctions may be enforced.

The Capital Markets Board will now be investigating into the 'speculators' Prime Minister Recep Tayyip Erdoğan vowed to "choke" in an address delivered at Ankara's Esenboğa Airport on Sunday. The preliminary investigation has since commenced on the high interest-rate lobby and its speculators that are attempting to instill volatility in the economy and pull down the stock exchange.

According to the information obtained, speculators are influencing the stock exchange to fall by spreading rumors of cash exits every time the Prime Minister delivers an address. Their aim is to create the perception that the stock exchange suffered a loss as a result of Erdoğan's harsh tone. By portraying this image they are able to establish the perception that the economy is volatile and thereby ensure that interest rates rise.

A CLOSER LOOK AT FINANCIAL EXITS

The Capital Markets Board is now looking in to all entities that have dropped from the bourse in order to determine if there is any connection with speculators. If a connection is proven, then the arguments used will prove to be extremely valuable. Such a finding may also result in economic sanctions from the state.

WHY HASN'T THIS HAPPENED BEFORE?

Although Turkey has experienced major demonstrations of this scale, the stock exchange has never before suffered a blow. The possibility of speculation having had this degree of influence on a bourse expected to reach 100,000 is being investigated.

Last week, the stock exchange began the week with a 10.5 percent loss and continued to waver throughout the week.