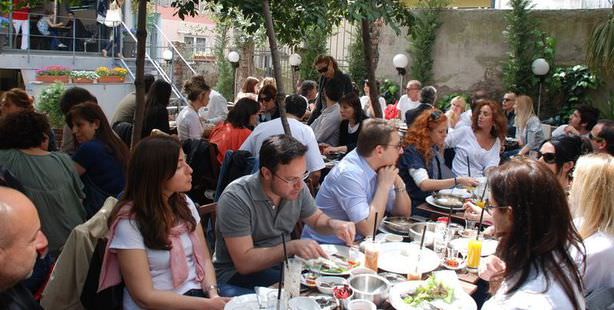 The deferred interest rate cuts by the Central Bank contributed to a certain degree to this past quarter's growth rate surpassing expectations. In the first quarter of 2013, Turkey's economy grew by three percent, marking 14 quarters in a row of continuous growth.

Turkey's three percent growth rate in the first quarter of the year was considerably higher than a number of major global players such as the United States, a number of EU nations and even Japan. In the first quarter of the year, some of the Euro Zone's strongest economies, namely Germany, France and Italy regressed by 0.3, 0.4 and 2.3, respectively. When compared to U.S. figures, Turkey's three percentage growth was five times that of the United States' 0.6 percentage growth.

Increased consumer spending coupled by a rise in public investments made a mark on this quarter's growth figures. The private sector on the other hand put a halt on growth and in fact private sector investments regressed by 9.1 percent in the first quarter, drawing down the growth rate by two points.
Public investments grew by 81.9 percent. Exports also took a break from contributing significantly to the growth rate. The 3.4 percent growth in exports only resulted in a 0.89 percent contribution to the overall growth rate. According to TurkStat figures, the calendar adjusted gross domestic product rose by 3.7 percent compared to the same quarter last year, while calendar and seasonal adjusted growth increased by 1.6 percent.

The fastest growing sector at 13.7 percent in the first quarter of 2013 was the tourism sector fueled by hotels and restaurants. The manufacturing industry also grew by 2.8 percent, while the construction sector grew by 5.9 percent.

Deputy Prime Minister Ali Babacan: Our economic growth was above expectations. Public consumer spending in the first quarter of the year was influential in the economy's growth. We are expecting the private sector to increase their contribution throughout the remainder of the year.

Finance Minister Mehmet Şimşek: The moderate recovery of domestic demand in the first quarter of the year contributed to the economy's three percent growth. With the recovery in the second quarter, the growth rate will reach four percent.

Science, Industry and Technology Minister Nihat Ergün: Despite the difficulties in our exports market, our manufacturing industry continued to grow. This is just the beginning. The drop in credit costs and deferred consumer spending was influential in increasing domestic demand."

Economy Minister Zafer Çağlayan: "The growth level was above my expectations. However, it is not enough for the four percent mid-term program. The interest rate lobby has sucked the blood from Turkey's veins in the past and now they have resurfaced in the market."

PERSPECTIVES ON TURKEY'S GROWTH RATE BY THE BUSINESS WORLD

Turkish Exporter's Assembly Mehmet Büyükekşi: "As was the case last year, we are hoping that exports will provide a further contribution to growth. Therefore, we are both waiting for conditions to improve in the foreign market while also demanding that an emphasis be placed on export-focused policies domestic-wise.

Ankara Chamber of Industry Chairman Nurettin Özdebir: The annual anticipated four percent growth rate is not yet in the bag. In order to reach this target we need domestic demand and investments to remain lively.

Istanbul Chamber of Commerce Chairman İbrahim Çağlar: The three percent growth rate is pleasing. The per capita consumer spending was an influential factor in establishing this figure. The reason being that the more citizens spend, the more the economy will grow, which in effect will trigger private sector investments. Therefore, efforts need to continue on establishing measures that will increase per capita consumption.

PERSPECTIVES ON TURKEY'S GROWTH BY ECONOMISTS AND POLITICIANS

Finansbank Chief Economist İnan Demir: "This level of growth will establish the necessary conditions for Turkey to achieve the four percent economic goal for the entire year. In fact, this quarter's growth may even allow for Turkey's growth rate to even surpass four percent.