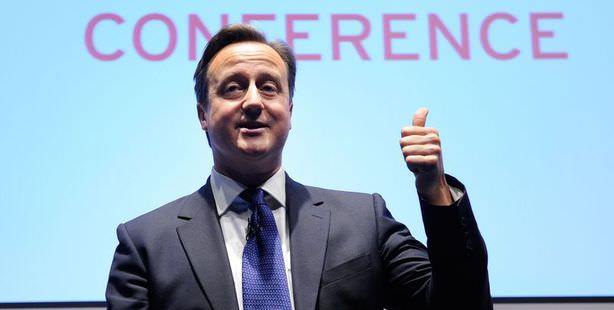 While the English press continues to cover the Gezi Park protests to Turkey’s detriment, the British Prime Minister has praised Turkey’s ‘stability.’ David Cameron says “we admire your economy.”

England, which has recently been dealing with an outpouring of G8 protests due to the effects suffered by the economic crisis, recently praised Turkey's economy. While the British press covered the Gezi Park protests in a manner that worked to Turkey's detriment, U.K. Prime Minister David Cameron expressed support for Ankara's stance.

Commenting that Turkey's journey over the last few decades in terms of political and economic freedom has been remarkable, Cameron said, "We want this success to continue. Turkey's progress is watched with admiration by other nations."

THE PROTESTS NEED TO COME TO AN END

Britain's Prime Minister Cameron, whose country is also facing backlash for the disproportionate use of force by security officers during the G8 protests, responded to reporters' questions regarding the Gezi Park protests at a press meeting for the G8 summit, during which he said, "the events taking place in Istanbul are disturbing and concerning" and emphasized the necessity for everyone to act responsibly. "As friends of Turkey and the Turkish people, we want this situation to be resolved," stated Cameron.

Prime Minister David Cameron also remarked on Prime Minister Recep Tayyip Erdoğan's meeting with the protesters by stating, "We have always considered ourselves to be friends with the Turkish public. We want your country to continue to go on succeeding. In order for this to happen, everyone needs to act responsibly."