THY to become Europe’s largest carrier 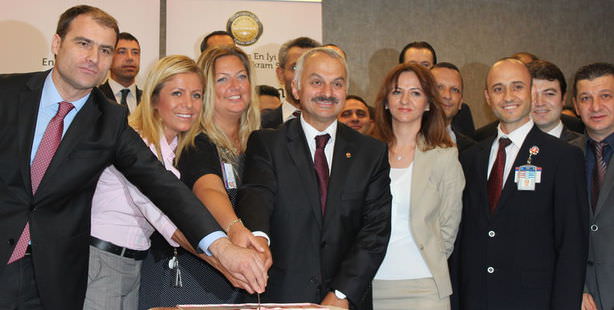 Turkish Airlines is fast on the track to becoming Europe’s largest carrier, says THY General Manager Kotil announcing that in terms of monthly passengers serviced; the airline is now in the top second spot in Europe.

Turkish Airlines (THY) General Manager Temel Kotil has recently announced that the national carrier has now made second place in Europe for total monthly passenger figures. According to figures from May, Turkish Airlines has now surpassed the Air France–KLM partnership to become the top second airline in Europe to transport the highest number of passengers. Kotil was pledged by staff, however, that next year, they will become the top airline in the world.

"In terms of May's monthly passenger figures, THY is now in the top second spot in Europe. However, this will continue from here on out. At the end of the year, we will also be second behind Lufthansa in terms of passenger numbers," stated Kotil.