The wounds of Gezi will heal with Ramadan 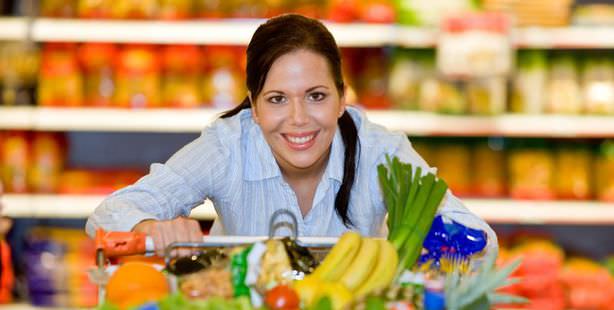 Though the market for groceries was negatively affected by the Gezi Park protests, it will be seeking a revival through the approach of Ramadan.

After suffering a heavy blow due to the Gezi Park protests, the grocery market segment is expected to be brought back to life with Ramadan which begins on July 9th.

As grocery chains begin making their provisional preparations, it has been announced that there will be no hikes in the prices of basic products. It is predicted that endorsements will increase by 20% in July.

The month of Ramadan has once again put in motion the market for groceries, which saw a 15% drop due to the effects of the Gezi Park issues. The increase in sales have already become visible since the start of this week. An average increase of 20% is expected in the month of July. The CEO of the Hatipoğlu grocery stores chain, Nurullah Öztürk, said that chain stores plan to offer different varieties of promotional campaigns for this month, "The Gezi issues effected all chains. Only Ramadan offers us hope" said Öztürk.

Checks Instead of provisions

Checks to be used at various markets has in recent years taken the place of rations or provisions distributed by business men to their workers. The checks ranging from 30 to 80 TL with their total combined value of 3.5 million TL are predicted to have reached half of the rations market. Mehmet Reis, Head of the Board of Directors of Reis Groceries said that the sales of rations added stimulation in the market. Stating that this would continue till the middle of Ramadan, Reis said, "Provisions sales in Ramadan would have sufficed for a year before the offering of gift checks. This is no longer a reality."

Discounted sales have started The President of the Kiler Holding Retails Group, Ümit Kiler, said that they would not be changing the prices of general products during the month of Ramadan. Kiler explained that they have reached a deal with producers and said that they will not be increasing prices on items such as legumes, flour and sugar."

The price of meat will not increase

As the month of Ramadan approaches every year an increase in prices becomes expected. The President of the Meat Products Association, Mustafa Bılıkçı, pointed out that despite raised production, sales have decreased. "Some reservations made to hotels in Antalya have been canceled. Because of this our sales there have decreased" said Bılıkçı stating how the Gezi Park issues have decreased consumption.

The price of dried goods shall remain stable