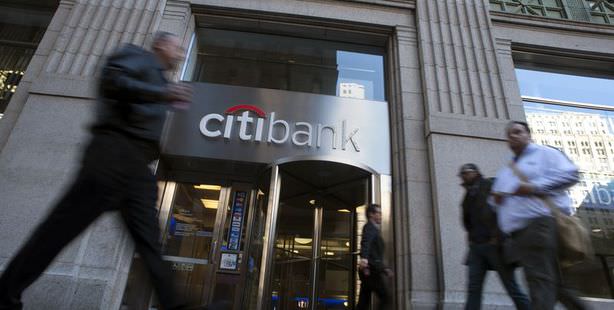 Banks, Deutsche and Citi, which tend to surface during every era of crisis, have been caught up by inspection for the sweet profit incurred during the more recent Gezi Park protests. The Prime Ministry Supervisory Board is now looking into the two banks’ 5.8 billion exchange which took place on June 10.

The Prime Ministry Supervisory Board is now closely inspecting the major interchange which transpired between the German Deutsche Bank and Citibank during the nationwide Gezi Park protests. The Deutsche Bank announcement stating, "The exchange that has been negotiated on since the start of the year has finally transpired," was not found to be a sufficient explanation. A file investigating the issue has been presented to Prime Minister Recep Tayyip Erdoğan for approval. While Erdoğan is expected to inspect the file at the start of the week, action will be taken once the Prime Minister has signed on. Both the Capital Markets Board and Borsa Istanbul will also be providing assistance on the Supervisory Board investigation.

On June 10th, as the Gezi Park protests were reaching a peak, Deutsche Bank purchased stocks for eight companies trading in the stock exchange from Citibank. The 5.8 billion TL valued stock exchange brought in a profit of 187 million TL. The transaction has also been put under the microscope by the Capital Markets Board. Citibank and Deutsche Bank also hit the agenda during the two economic crises experienced in 2001 and 2008. The role played by both of these banks was also reflected on inspections made by the Parliamentary Irregularity Investigation Commission. During the 2001 February crisis, Turkey was faced with fluctuating exchange pressure and 5 billion, 338 million dollars were purchased from the Central Bank. The highest purchase in foreign exchange was conducted by Citibank at 1.63 billion dollars. Deutsche Bank followed with 764 million dollars. The commission investigation established Citibank as being the bank to initiate the "foreign exchange attack" through personally calling and advising their customers.

FORMERLY WITH THE IMF FISHER WAS IN CHARGE

After this incident, the dollar suddenly rose in one night from 630,000 liras to 950,000, forcing Turkey to switch to the "fluctuating currency" system. During this timeframe, all of Citibank's operations were being run by the First Deputy Managing Director of the International Monetary Fund Stanley Fischer.

During the 2008 crisis, which only slightly touched Turkey, Deutsche Bank made the announcement that Turkey may need 90 billion dollars, however the strong financial administration did not pay heed to the announcement, considering it to be intentional.

The timeline of transgression…

Prior to switching to the fluctuating currency system, amongst the banks that purchased the most significant amount of foreign exchange from Turkey's Central Bank (MB) was Citibank, which came in first with 1.63 billion dollars. Deutsche Bank followed in second with 764 million dollars.

During the days in which the global markets displayed their harshest stance against the global crisis to recover, Germany's Deutsche Bank announced, "Turkey may need 90 billion dollars."

Both banks' were also cited to be involved in the Libor scandal by jointly establishing interest rates resulting in the theft of billions of consumers dollars.

Both Citi and Deutsche have also been investigated by the EU for collaborating to harm competition in the 10 trillion dollar credit derivatives sector.