Toyotas produced in Turkey to drive on global roads 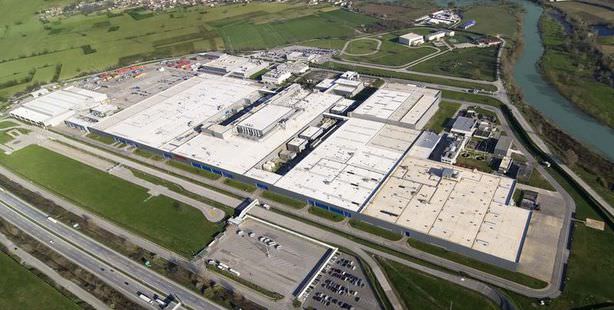 With the target to grow in the European market, Toyota’s biggest weapon will be its models produced in Turkey. Toyota Motor Europe President Leroy says that the Verso and Corolla models manufactured in Adapazarı will bump up the brand’s market share in Europe.

Japan's automotive giant Toyota will soon be reaching its target through the models manufactured in Adapazarı. Despite the shrinkage of the European market, Toyota is growing says Toyota Motor Europe President Didier Leroy. Sharing their objective to grow in 2013, Leroy says that the Corolla and Verso models produced in Toyota's Adapazarı facilities will contribute to the company's growth. "The renewed Verso and Corolla has reinforced our strength. It is now possible for us to increase our share in the European market," said Leroy.

Explaining that Turkey is a global exporting center, Leroy stated, "We have established Russia, the Middle East, North Africa and Central Europe, in short everywhere as a center we can import to. Due to Turkey's key position, it can function as a center for our global exports. The other key factor is the growth in the internal market. Turkey is closing the deficit we have with our biggest markets in Europe." Explaining that Turkey is the heart of their Europe operations, Leroy stated, "Turkey has a number of advantages. Along with serving as a leading manufacturing center at the heart of our Europe operations, Turkey guarantees its dynamic future."

I ONLY SUPPORT FRANCE IN FOOTBALL

IN AUTOS, TURKEY PRESSES ON THE GAS AS EUROPE PUTS ON THE BRAKES

In the automotive world, Turkey has distanced itself in a positive light from the rest of the world. As factories in Europe are forced to close their shutters and let employees go due to the crisis, in Turkey the situation is quite the opposite. Toyota has completed a 150 million Euro investment, while Hyundai has finalized a 1.1 billion lira investment. Ford Otosan has also announced plans to invest 100 million dollars. During this timeframe, employment has also risen.

MANUFACTURING INCREASED AND THE MARKET GREW