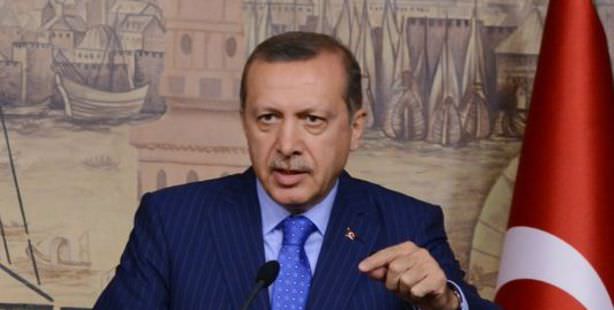 Prime Minister Erdoğan chaired a special evaluation meeting to discuss current developments in the international and domestic financial markets as well as the nation’s economic expectations for the upcoming period.

A statement released by the Prime Ministry stated that the evaluation meeting handled the developments in the international and domestic financial markets as well as the nation's economic outlook for the upcoming period.

The statement pointed out that over the past two months there has been obvious fluctuation in financial markets and especially in developing nations' financial markets, a number of which have suffered losses in their own currency due to the exchange rates, the stock exchange regression and the domestic and foreign borrowing costs and risk premiums going on the rise.

The statement pointed out that the U.S. Central Bank's (FED) decision issued May 22, 2013, to possibly slow-down its bond-buying program was the main factor triggering these developments. "After these announcements, the U.S. Treasury's ten-year loan interest began to rise and developing markets began to experience a fast capital outflow. The decline in the growth performance and outlook of developing nations, and especially China, has become an additional factor that elevated this outflow" the statement said.

Turkey's financial markets, which are significantly integrated with international financial markets, has been affected by these developments, said the statement which continued as follows: "Due to global developments as well as the events that took place recently, there have been fluctuations similar to those of other developing countries, in the exchange rates, the stock market index and the cost of internal and external debt.

Our related institutions, and particularly the Central Bank, are taking the necessary steps in a timely, coordinated and determined manner in order to reduce to the minimum the negative effects of these developments which have affected all developing nations.

The rooted amelioration in Turkey's economic foundation is the main factor that will ensure that this fluctuation will affect our country at the minimum level. As the AK Party government, we have never made concessions on financial discipline and we will not. Our Central Bank is implementing policies aimed at price stability and contributing to financial stability. We are determinedly pursuing our structural reforms.

We have been working on and are still working on developing a regulated market economy and to establish an appropriate environment that will activate our entrepreneurs' potential through the structural reforms realized.

Turkey will continue to be a center of attraction in the upcoming period thank to its growth led by the private sector and its policies prioritizing competition and reforms and its economic foundations."