Egyptian orders left to be filled by Turkey 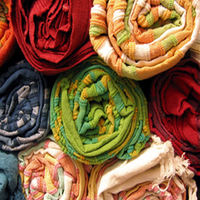 As an outcome of the confusion caused by the coup in Egypt, and the fires that emerged from the textile factories in Bangladesh, European Purchasing have changed their routes to Turkey. Thousands of orders were trusted to Turkey

As an outcome of the confusion caused by the coup in Egypt, and the fires that emerged from the textile factories in Bangladesh, European Purchasing have changed their routes to Turkey. Thousands of orders were trusted to Turkey.
The military coup that overthrew Muhammad Morsi in Egypt most heavily effected textile workers. The European purchasing groups that had chosen Egypt due to cheap production due to recent confusion have changed routes to Turkey. Another reason why the order count from Turkey has risen is the fires that emerged in factories in Bangladesh due to inadequate safety measures.

Exporters saw benefits
The European who purchased basic products in quantities of 30 thousand and over from these two countries have begun to produce them in Turkey, making exporters also smile. Mustafa Gültepe, a board member of the Istanbul Ready Made Garments and Apparel Exporters Association (IHKIB in Turkish) announced that European brands that constantly keep fast fashion products like t-shirts and pants within their stores will make a switch towards Turkey. "Until this period they wanted fashion products. Now they want quotes for high quantity products. Production has started" said Gültepe. Gültepe, also stated that Egyptian manufacturers delayed their delivery times. In his opinion, Hikmet Tanrıverdi the president of the IHKIB said that in Europe there is a now a lack of trust in the Egyptian manufacturers.

Organizations are watchful
The positive effect of the currency laws in exportation have started to become visible. Stating that the European purchasing groups are watchful of the Turkish rules Gültepe said that, "For them production in Turkey has become profitable."

We will surpass 17 billion $ in exports
President of the Turkish Clothing Industrialists Association (TGDD in Turkish), Cem Negrin, announced that their goal this year is to surpass 17 billion in dollars figure in exports. "We will close 2013 with a figure of 17 billion 300 million" said Negrin. Stating that they have started seeing the advantages in the rising exchange rate, Negrin let it be known that 7% of European purchases came from Turkey. Negrin, stated that the effects of the crisis slowly began to lose their effect in European internal consumption.

Translated from an article by ÖZGE YAVUZ on SABAH