Turkey has begun earning from boron 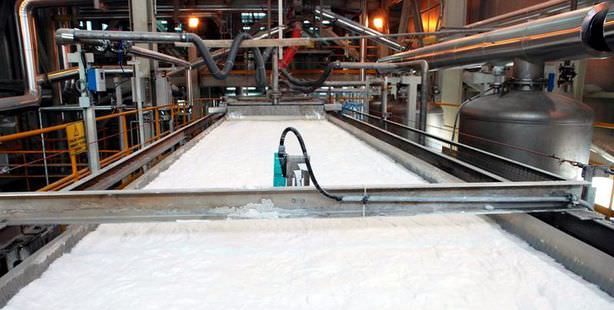 With 73 percent of the world’s boron reserves, Turkey has finally begun to earn from this strategic product.

Over the past five years, Eti Maden has managed to earn 2.6 billion liras in profit from boron sales. Out of these takings, 1.8 billion liras has been transferred to the Treasury.

Turkey owns a whopping 73.5 percent of the world's boron reserves, a chemical element which is used in a wide array of industries such as glass, detergent, ceramics, aviation and even aerospace.

Turkey, which for many years was unsuccessful in productively utilizing these reserves, has transformed the picture entirely with a number of measures taken in recent years.

Eti Maden, the sole operators of Turkey's boron mines, has fast become a world leader in production as a result of following a series of rational strategies. Later, the firm took on the position of being able to determine prices. Now, they are reaping the fruit sowed.

According to an article in Vatan Newspaper written by Ufuk Şanlı, the public corporation has quadrupled their profit over the past five years during which they have brought in a total 1.8 billion liras minus taxes to the Treasury. During that same timeframe, Eti Maden increased company revenue from 322 million dollars to 822 million dollars. There are two main factors behind the high profitability the company has acquired.

The first would be the rational strategy followed by the corporation in production and marketing. Eti Maden first became the market leader in production through both reserves as well as a significant struggle with global mining giants Rio Tinto, and later established a position of being the price determinant for boron. By the end of 2012 production had reached 2.1 million tons, a significant increase from the 436,000 tons produced in 2002.

THE FAVORITE OF ASIAN GIANTS

In 2005, Eti Maden had become the champion of the league of global producers, and just two years later they made a move that broke routine.

Eti Maden managed to focus their marketing activities on the rising power of Asia more so than the traditional markets of Europe and America. Due to the strong demand from the region, as of 2010, Asia has taken over the position previously maintained by Europe. Eti Maden, which at present conducts 59 percent of exports to Asia, has in recent years also been expanding to the Middle East and Africa.

Eti Maden's target for 2023 is to acquire 2.5 billion dollars in revenue from boron exports. In order to do so, the necessary investments are currently being implemented with speed.