Turkey’s coal and lignite reserves on a rise 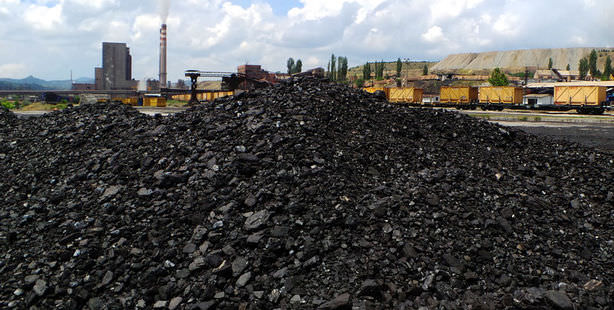 Within the policy framework of increasing the use of national resources for energy production, the intensive coal exploration efforts initiated in 2005 have resulted in Turkey’s General Directorate of Mineral Research and Exploration drilling a total one million and 27 thousand meters as of the end of 2012. As a result of these efforts, over the past eight years, Turkey has increased its lignite reserves by 5.8 billion tons to reach a total 13.9 billion tons.

According to figures from Turkey's General Directorate of Coal Enterprises (TKİ), despite the fact that Turkey's natural gas and petroleum reserves are considerably limited, there is a total 13.9 billion tons of lignite and 1.3 billion tons of coal reserves. This amount consists of 1.8 percent of the world's utilizable coal reserves and 7.1 percent of global lignite reserves.

All coal reserves are currently contained in the licensing of Turkey's Hardcoal Commission (TTK). The reserves in the Zonguldak basin, which consist of nearly 67 percent of total reserves, have a lower heating value spanning between 5,450 kcal/kg-7,050.

Up until 2005, the majority of the lignite reserves were calculated at 8.3 billion. From that year on, a project that was initiated by Turkey's General Directorate of Coal Enterprises (TKİ) and Turkey's General Directorate of Mineral Research and Exploration (MTA) on exploration and increasing reserves gas resulted in establishing a number of additional fields, in Trakya, Manisa, Eskişehir, Afşin and Konya, which significantly contributed to the 2013 total lignite reserves of 13.9 billion tons.

As a result of policies geared towards increasing the utilization of national reserves for energy production, between the years 2005-2012, Turkey's lignite reserves had increased by a total 5.8 billion tons. Additional reserves were also discovered last year in Isparta and Denizli, and in 2014 drilling efforts and studies will reveal the coal reserves discovered.

The following are a list of the nine coal fields and their related reserve amounts found as a result of Turkey's General Directorate of Mineral Research and Exploration (MTA) efforts between the years 2005-2012: