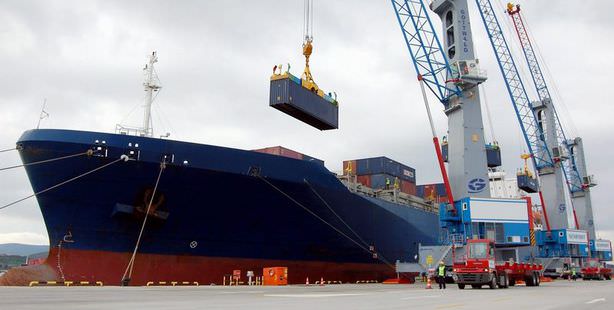 With an increase of 1.4 percent compared to the year prior, Turkey’s exports in August reached a total of $10.6 billion.

The Turkish Exporters Assembly (TIM) announced on Sunday that Turkish exports increased 1.4 percent in August, compared to the same timeframe the year prior. Turkish exports for August totaled out at $10.594 billion. Export figures for the same month the year prior were at $10.447 billion. In addition, according to TIM figures, Turkey's exports in the first eight months of the year have increased by 1.3 percent to reach a total $98.887 billion, compared to the same January-August period the year prior. Export figures for the past 12 months however show a 5.3 percent increase, reaching to $151.389 billion.

The recovery of the European market has reflected positively on Turkish exports to the EU, which rose by six percent in the month of August. Exports also rose by 17 percent to Africa, five percent to the Commonwealth of Independent States (CIS) and by three percent to South American nations. With a 262 percent increase in Turkish exports, Ethiopia came out the champion.

During a press conference held by the Turkish Exporters Assembly (TIM) at the Grand Yazıcı hotel in Bodrum, TIM Director Mehmet Büyükekşi called on export firms to take precautionary measures against instantaneous fluctuations in foreign exchange rates and emphasized that no one should engage expectations of acquiring speculative gains in the exchange rate.

DEVELOPMENTS ARE TRYING THE TARGET

Economy Minister Zafer Çağlayan also warned that the remaining four months of the year may be more trying in terms of foreign trade throughout the world and said that global developments may hinder Turkey reaching its $158 billion annual export target.