Construction to start for Istanbul's third airport by New Year 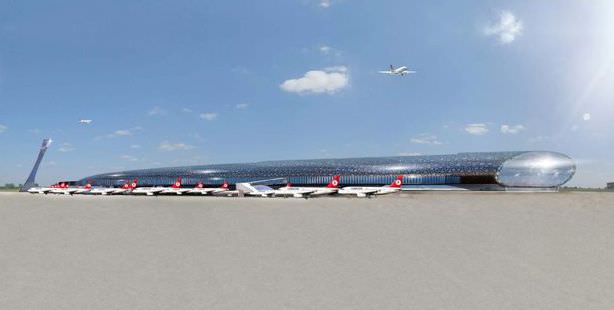 Transportation Minister Yildirim said on Wednesday, "We aim to hand over the land to the contractors for the construction of Istanbul's third airport by the end of 2013."

Turkish Transportation, Maritime Affairs and Communications Minister Binali Yildirim said on Wednesday "We aim to finish preparations for the construction of Istanbul's third airport by the end of 2013."

Yildirim said they would try to finish work on the land such, as nationalizing all of the properties, by the end of the year or early next year in order to allow the contractors to start the actual construction.

Yildirim also revealed that their goal is to build airports every 100 kilometers by 2023 across Turkey, which will allow people to be able to travel to any given airport within an hour. The Transportation Minister also shared that the airports being constructed in Turkey's north east provinces of Ordu and Giresun and in the south east province of Hakkari would be opened soon.

Minister Yildirim said that they want to increase the number of passengers in Turkey annually from its current 165 million to 350 million by 2023. "Turkey's airports now have the capacity to handle 200 million passengers annually. When the third airport is completed in Istanbul this figure will rise to 375 million passengers," he added.