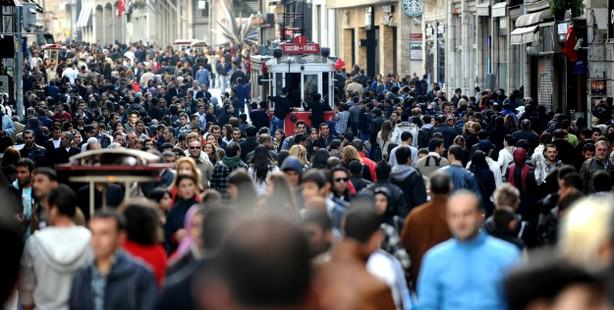 The Turkish Statistical Institute has released a report on income and living conditions in 2012. Figures show that the gap between the wealthy and the poor has remained the same while the annual income average has reached 26,577 TL.

The Turkish Statistical Institute (TurkStat) has released the results from the "2012 Income and Living Conditions Survey." Figures show that the gap between the income of the top 20 percent of the wealthiest and the lowest 20 percent of the poorest differs by eight times. The rich and poor divide was also at a multiple of eight the year prior.

In accordance to the quintile, the total share of income of the wealthiest is 46.6 percent while, the 20 percent of the lowest income bracket maintain a share of 5.9 percent. The TurkStat survey shows that according to the Lorenz Curve, which provides a graphical representation of the distribution of wealth, there was an insignificant degree of variation in 2012 compared to the year prior.

In 2012, the average annual disposable income per household reached 26,577 TL, while the equivalised annual household disposable income rose to 11,859 TL. The Istanbul region has the highest average of equivalised annual household disposal income at 16,126 TL, followed by the West Anatolia region at 14,160 TL. The Southeast Anatolia region has the lowest average in the country at 5,870 liras.

According to the TurkStat survey, sixty percent of the non-corporate population are homeowners. The rate of those faced with "financial deprivation", defined as the rate of the population of those who are unable or face difficulties in providing for four out of nine predetermined items, dropped to 59.2 percent in 2012, down from the 60.4 percent figure in 2011.