A series of amazing projects awaits for Istanbul 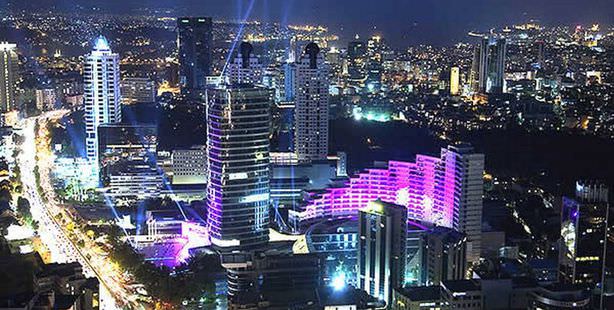 The Istanbul Metropolitan Municipality has a series of exciting and innovative plans for Istanbul to relieve the city’s traffic congestion and to facilitate further and more efficient transportation options.

The Istanbul Metropolitan Municipality is getting ready to embark on a series of innovative projects that will ease traffic congestion and provide further transportation possibilities for the city's residents. As part of the city's major urban renewal plans, in addition to a series of mega construction projects, infrastructure and transportation will also play a highly effective role in the city's transformation. Amongst the plans are cable car lines that will span from Çamlıca to Etiler, Sarıyer to Beykoz as well as Eyüp to Sütlüce, increased metro lines and a monorail system in locations throughout the city.

FIRST SERIES TO BE COMPLETED IN 2015

An eight-kilometer cable car line that will span from Etiler to Çamlıca will now begin in Zincirlikuyu will begin operating in 2015. The municipality is also planning to add a three-kilometer cable car line spanning from Eyüp to Sütlüce. Once these lines are completed, the cable cars already in use in Istanbul's Maçka and Eyüp districts will be replaced with newer versions.

In 2017, there will be a nine-kilometer connection from the Sabiha Gökçen Airport to the Pendik Marmaray junction as part of the Marmaray rail transport project in Istanbul, which consists of an undersea rail tunnel that will cross the Bosphorus Strait as well as the modernization of a number of connecting suburban rail lines. In addition, the 3.5-kilometer Ataköy Marmaray-Atatürk Airport Marmaray connection will also be opened in 2017. As for the municipality's tramway line plans, the 3.5-kilometer Edirnekapı to Vezneciler tramway will be opened in 2018.

BEYOĞLU AND ŞİŞLİ TO BE CONNECTED IN THE AIR

Another outstanding project planned by the Istanbul Metropiltan Municipality is the Havaray, an inclusion of a number of monorail lines throughout the city. The monorail project will include lines from Beyoğlu to Şişli (5.8 km), a line from Sefaköy to Kuyumcukent to the airport (7.2 km) and a 5.5 kilometer 4. Levent-Gültepe-Çeliktepe-Levent line. There are also a number of monorail lines planned for the Anatolian side of the city, including a three-kilometer line along the Kartal-D/100 road, a 7.7 kilometer Sabiha Gökçen Airport-Formula line, a 3.6 kilometer Maltepe-Başıbüyük line and an 11.1 kilometer line from Ataşehir to Ümraniye, which is expected to be completed in 2023.

NEW 'METRO' LINES ON THE WAY

Meanwhile, the Istanbul Municipality continues to develop new metro projects including a 20 kilometer-line from Üsküdar to Sancaktepe and a 4.5-kilometer line from Kartal to Kaynarce, both of which will open in 2015. Other lines include the Şişhane-Haliç Metro Köprüsü-Yenikapı line, which will open at the end of this year and the Yenikapı-Aksaray rails which will go into operation in 2014. The municipality has also begun work on a mini metro from Levent to Rumeli Hisarüstü, which will run in 2015.

In 2018, the municipality will have completed a 33 kilometer-long metro spanning from Halkalı to the Olympic Stadium and then to the third airport. The 9.4-kilometer light rail project planned between Bağcılar and Halkalı will be finished in 2020, while the 15-kilometer Başakşehir-Kayabaşı-Olimpiyat Köyü rail line will be finished in 2018 and the 12.5-kilometer Bağcılar-Esenyurt rail system will begin operating in 2022.

One of the most important plans involves setting up a 25-kilometer long metro line from Bakırköy to Esenyurt, which will begin construction in 2013 and will be completed in 2017. The nine-kilometer Bakırköy-Bahçelievler-Bağcılar line will open in 2017, while the seven-kilometer Yenikapı-Bakırköy Metro line will be complete in 2018. In 2020, a light rail system will be opened for 13 kilometers between Ataköy and İkitelli

On October 8th, a tender will be held for the 18 kilometer Mecidiyeköy-Mahmutbey line to be completed in 2017. In addition the 6.5 kilometer Kabataş-Mecidiyeköy Metro will be open in 2019.