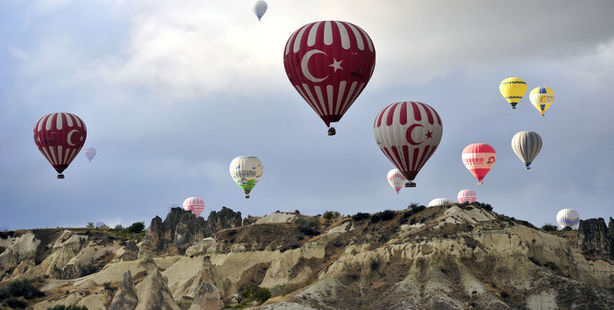 The World Tourism Organization 2013 report lists Turkey as the third top nation for increasing tourism revenue at 22% for the first eight months of the year.

The World Tourism Organization (UNWTO) has released their 2013 report on global tourism, the results of which, for the first eight months of 2013, the organization says they find to be extremely optimistic. Turkey ranked third in increasing tourism revenue for the first eight months of 2013, at a rate of 22% compared to the same timeframe of the year prior.

According to the Madrid-based UNWTO, Turkey, Thailand and Hong Kong experienced the highest increase in tourism revenue with results in the double digits. The UNWTO report for the first eight months of 2013, lists the top nations to experience the highest increase in tourism revenue compared to the same January to August period in 2012 as being Thailand (27%), Hong Kong (25%), Turkey (22%), Japan (19%), Britain (18%), India (14%), Malaysia (12%) and the USA (11%).

The UNWTO also announced that the number of tourists worldwide increased by 5%, reaching 747 million, driven by strong results from countries in Europe, Asia, the Pacific and the Middle East.

Commenting on the World Tourism Organization's recently released barometer of global tourism trends, UNWTO Secretary General Taleb Rifai stated, "While global economic growth is in low gear, international tourism continues to produce above-average results in most world regions, offering vital opportunities for employment and local economies." Speaking at the opening of the European Tourism Forum in Vilnius, Rifai added, "This is particularly important for Europe, where unemployment is a major concern in many destinations and where the tourism sector has been a source of job growth in the last decade. Furthermore, through its value chain, tourism creates businesses and jobs in many other sectors and produces significant export revenues which contribute favorably to the balance of payments in many countries," he added.