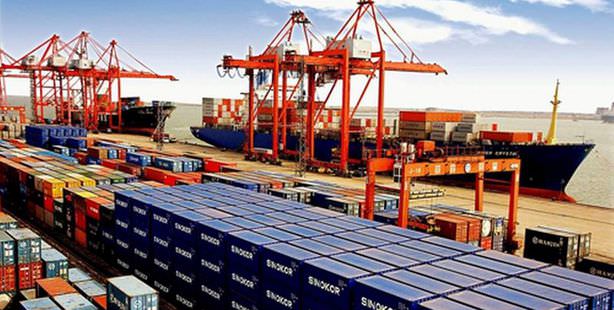 Turkey’s exports reached $11.8 billion in October. With imports to Europe increasing by four percent this past month, Turkey’s exporters are feeling hopeful they may make their Mid-Term Program targets.

Turkey's Exporters Assembly (TİM) announced their October figures in Çorum on Friday. Accordingly, a 1.5 percent rise was experienced in exports in October, which reached a total $11.8 billion. Export figures for the January to October period fell by 0.2 percent, regressing to a total $124.3 billion, whereas 12-month figures increased by 1.7 percent to reach $150.7 billion.

The 4.3 percent rise in exports to Europe has given exporters optimism in reaching their mid-term program targets. According to TİM President Mehmet Büyükekşi, the rate of growth in exports must once again rise to the 12-percentile level. "We need to place increased importance on mid and long term export growth. A downward revision has been made for exports in the Mid-Term Plan, however in two years' time, we hope we will reach export figures over and above our Mid-Term Plan target," stated Büyükekşi.

EU RECESSION COMES TO AN END

According to Büyükekşi, the recession in the EU came to an end in the second quarter of this year. "The outlook of the real sector is improving. The economy is experiencing growth once again. However, a 0.4 percent regression is still anticipated for this year's figures. With the end of this shrinkage, we foresee growth in Europe once again in 2014. The EU is expecting to see 1.3 percent growth next year and the Euro Zone is anticipating one percent growth. The recovery in EU nations, which is our most important market, is positive in terms of the continuity of growth," stated Büyükekşi.

"THEY WEREN'T ALL GREEK TO TURKEY"

In an address at an opening ceremony for the new Air Liquide facilities in Polatli, Ankara, Economy Minister Zafer Çağlayan, stated, "Turkey's investment environment was not all Greek to them."
Çağlayan also pointed out that Air Liquide's 300 million TL investment in Turkey will provide the opportunity to produce liquid nitrogen and oxygen, which are both items the nation is forced to import in.

Çağlayan also commented on Turkey's recently released export figures. Pointing out that exports to EU nations rose by 4.3 percent in October, Çağlayan stated, "Due to the effects of the recovery in the EU, exports in the automotive sector increased by 7.3 percent in October compared to figures from the same month the year prior."