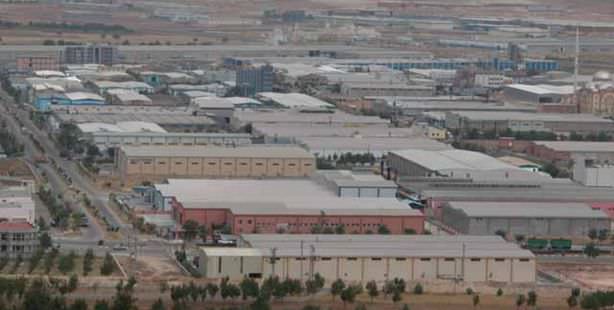 Having exited Egypt following the entrance of the junta regime, a series of Syrian businesspersons have since invested three million TL in Gaziantep. Once they are granted work and residence permits, investments are anticipated to spike up to 400 million dollars.

TEMPORARY WORK PERMISSION MAY BE GRANTED

According to Gaziantep Metropolitan Municipality Mayor Dr. Asım Güzelbey, two years ago an approximate 400 million dollars worth of capital entered Gaziantep from Syria, however Turkey was caught off guard at the time. Unable to receive residence permits, these Syrian businesspersons were also limited in investing their capital in banks in Turkey, Güzelbey points out. "Due to the fact that Syrian refugees were not granted permission to work, they took their capital to other countries outside of Turkey," states Güzelbey. Only those who have passports are granted work permission explains Gaziantep Chamber of Commerce Chairman Eyüp Bartık, adding, "However, only ten percent of those working in the city center have passports, the rest are working through illegal means. Temporary work permission may be granted in order to overcome this situation."

According to Cahit Nahit, Chairman of Gaziantep's Organized Industrial Zone, Gaziantep's industry is in need of nearly 25,000 laborers. "If the work permission issue is rectified, Syrian refugees could close this gap," stated Cahit Nahit.

The government will soon be initiating a fingerprint and biometric recording system in order to register Syrians seeking shelter in Turkey. The software stage of this project, intended to allow the registering of Syrian refugees staying outside of camps, has already been finalized.

THERE HAS BEEN AN INFLUX OF BRAIN DRAIN AND INDUSTRIALISTS

Gaziantep Mayor Dr. Asım Güzelbey explains that there has been a serious influx of 'brain drain' and industrialists from Syria. "Amongst those that came to Turkey are lawyers, doctors, engineers and businessmen. It is not just the unemployed and idle that have arrived to Turkey as it has been reflected in the press. Of course, there are also some that fit into this category; however, the relative rate is low. One television stated, 'Syrians have arrived and are staying in tents.' However, I know a few of those people. They are opportunists that have set up in a border village in Gaziantep. They went to Istanbul making themselves out to be Syrians, however they all speak Turkish. Even those who are not Syrian nationals were introduced by the press as being Syrian," stated Mayor Güzelbey.

Eyüp Bartık, the head of Gaziantep's Chamber of Commerce mentioned that Syrian businesspersons have begun investing in the city and notes that there are presently 80 Syrian businessmen registered in the chamber. "In 2013, over three million TL in Syrian capital came in to Turkey. We believe that as long as Syrians continue to reside here, they will also continue to invest. We foresee over 100 million TL in investments in 2014. However, if the work and residence permission issue is worked out, this figure will be much larger," points out Bartık.