The signature that will result in cutting gas prices in half 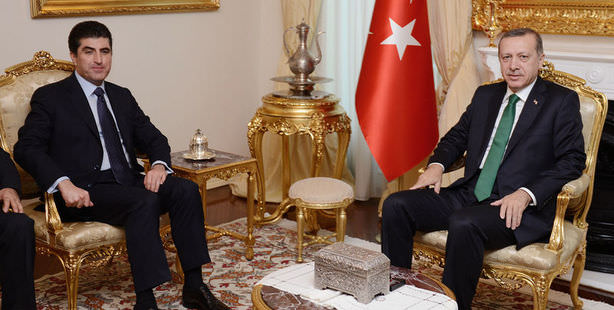 A highly anticipated energy deal expected to be signed by Turkey and the Northern Iraq administration will be to the benefit of citizens by nearly halving the current price of natural gas.

Turkey and the Northern Iraq Administration are about to turn the final bend in reaching an energy deal to export oil and gas to Turkey and from there to the world market. Upon his arrival to Ankara on Tuesday, Northern Iraq Administration Prime Minister Nechirvan Barzani told reporters, "We are expecting the petroleum that will be transported to Turkey to arrive before the start of the New Year." Barzani was scheduled to meet with Prime Minister Recep Tayyip Erdoğan earlier on Wednesday to discuss the draft agreement. The final signing ceremony will be held once all of the details of the deal have been completed.

The draft agreement is based on natural gas, petrol drilling and production as well as establishing pipelines. According to the agreement, the Turkish Energy Company (TEC), which was founded in Turkey, will be working on 13 different oil fields. The nearly two million barrels of crude oil to be produced will be transported through the Kirkuk-Ceyhan Pipeline and later to Turkey through a new pipeline to be established.

Natural gas procurement is one of the other major components of the agreement. According to the deal, Turkey will receive 20 to 30 billion cubic meters of natural gas, which accounts for 40 percent of Turkey's current domestic consumption. The price of natural gas will be 50 percent less than the current cost for Turkey's imported natural gas. While the first delivery of gas is expected for 2017, Northern Iraqi gas will initially be utilized in the domestic market. Energy Minister Taner Yıldız has already announced that Northern Iraqi gas will not be included in the Trans-Anatolian gas pipeline (TANAP) project, which will transport gas from Azerbaijani to Turkey from where it will then be distributed to Europe.

YILDIZ: NO DANGER OF RATE RISES FOR ELECTRICITY

Minister of Energy and Natural Resources Taner Yıldız announced at Turkey's 5th Renewable Energy Conference and Exhibition that there was no danger of an increase in electricity, which he said is a matter they deal with isolated from the negative developments all over the world. Yıldız also emphasized that having less problems, provides an "unbelievable contribution" to electricity and natural gas prices. Yıldız also acknowledged that this model designed by Turkey has been debated throughout the world and stated, "We are amongst the top three countries in the EU to have the lowest electricity prices. That is because it is arranged through a model that isolates energy costs from the negative developments all over the world."