Turkey is number five for highest percentage of women multimillionaires 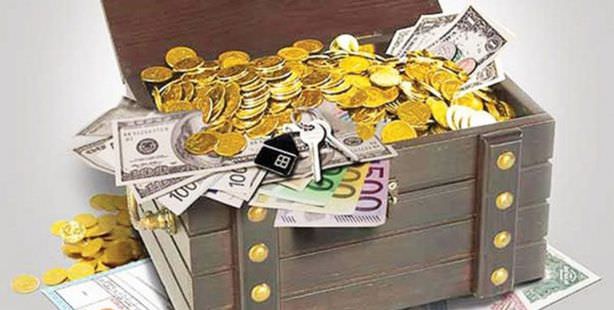 According to a recent study on the gender divide amongst multimillionaires, prepared by Spear’s and WealthInsight, Turkey has one of the highest percentages of women millionaires in the world.

In yet another important study, this time conducted by Forbes Turkey, in a list of 113 of the nation's richest people, 20 were women. The total share of women's fortune stood out at 20.4 percent. In addition, the Forbes 100 study revealed that the average fortune amongst women was $1.2 billion, whereas the average fortune amongst all those included in the Forbes 100 list was $1.04 billion, which means that in Turkey the per person average distribution of fortune amongst the nation's wealthiest is higher for women than it is for men.

According to the WealthInsight study, Portugal has the highest rate of women multimillionaires at 23.8 percent, while Japan trails in last place with just 3.7 percent. While women only consist of ten percent of the world's total distribution of multimillionaires, it appears that in emerging markets and countries in Asia there is a relatively higher structure of equality. Nations such as Peru, Philippines, Hong Kong, Singapore and Thailand dominate the top ten list. The rate of women multimillionaires appears to drop in developed nations, with low rates evident in the U.S. at 9.4 percent, Japan at 3.7 percent and France at 8.5 percent.

The world's top fourth tennis pro, Russia's Maria Sharapova was recently included in CNN's list of the top ten female entrepreneurs, who happen to be celebrities. With 29 championships under her belt, including four Grand Slams, Sharapova is now tasting success through her business venture Sugarpova, a candy company. Sharapova, who has ambitions to pursue a career in business post-retirement says, "I never received special training. Everything I know, I learned from living."