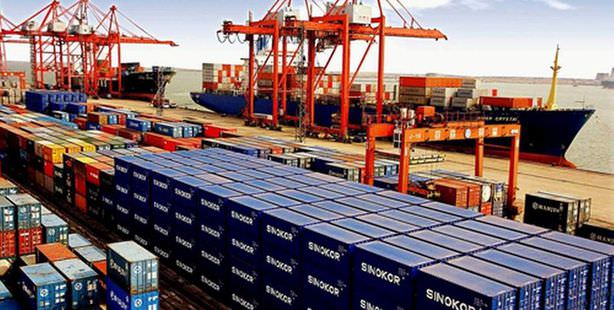 After experiencing a slowdown in October, exports have once again pressed on the gas in November. With a monthly export figure of $13.8 billion, November’s exports were the highest monthly figure ever before seen in the country’s history. Turkish Exporters Assembly President Büyükekşi assures, "We will meet our $153 billion target by the end of the year.”

While Turkey's exports regressed in October due to the nine-day Feast of Sacrifice holiday, in November exports experienced a record breaking recovery, increasing by 8.8 percent, compared to the same month the year prior, to reach a total of $13.797 billion. Turkey's Exporters' Assembly (TİM) released November's export figures in Tokat on Monday. TİM President Mehmet Büyükekşi explained during Monday's meeting, "This is the highest monthly export figure in the history of the nation."

Büyükekşi pointed out that the Jan. to Nov. figure for exports has experienced a 0.3 percent drop, compared to figures from the year prior, and total $138.3 billion dollars. Expressing the expectation that they will meet their year-end export target of $153.5 billion, Büyükekşi noted that on a sector basis, the automotive sector came out on top with the highest exports at a total of $2.077 billion. The sector was followed by the ready-made textiles sector and the chemicals sector. The sector that experienced the highest increase at 33 percent was the olives and olive oil sector. This sector was followed by defense and aviation with a 27 percent rise, while the tree and forest sector rose by 24 percent. Sakarya was the province to experience the highest rise in exports.

Economy Minister Zafer Çağlayan commented on November's monthly figures by stating, "November had quite good results. When these figures are verified by the Turkish Statistical Institute's (TÜİK) date for November, we will surpass $14 billion. Today's figures are a sign of a record." In 2014, Turkey's potential trade relations with Iran, in light of recent developments, will also positively affect Turkey's exports.
2014 brings hope

Explaining that there has been a recovery worldwide in exports, which went from a one percent increase in the first two quarters of the year up to a 3.4 percent rise in the third quarter, Büyükekşi also shared that the rate of imports has also recovered from a minus to a 2.6 percent increase.

"The EU is also amongst the group following this trend," stated Büyükekşi, adding, that there is also an increased potential for regional nations. Exports have also risen to Iraq pointed out Büyükekşi while also sharing that in an effort to increase this momentum, they will soon be paying a visit to Basra, Arbil and Baghdad.

Syria sees a rise of 349 percent

The most interesting rise in exports on a country basis was experienced with Syria as exports rose with this nation by 349 percent. Bangladesh followed with a 257 percent increase in exports.