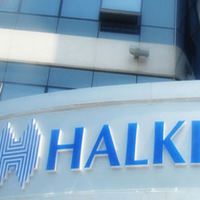 The international money management company, BlackRock, which holds shares within Halkbank and Emlak GYO has announced that they will increase their investment position.

The position of international investors became a topic of interest after the December 17th operation. The first announcement came from BlackRock, the world's leading money management company, who has investments in Halkbank and Emlak GYO. After the releasing of more Halkbank and Emlak GYO shares, the BlackRock President of Developing Regions, Sam Vecht announced that they would further invest in Turkey.

'We have to be brave while others are afraid"

Sam Vecht, stating that the developments were eye-catching, announced that they especially invest in the finance sector.

Vecht said that when it comes to historically developing countries, "We have to be brave while others are afraid".

According to a story published in Bloomberg, the President of BlackRock's Developing Countries department, closely follows political developments, and weighs bad news in with the price of investments.