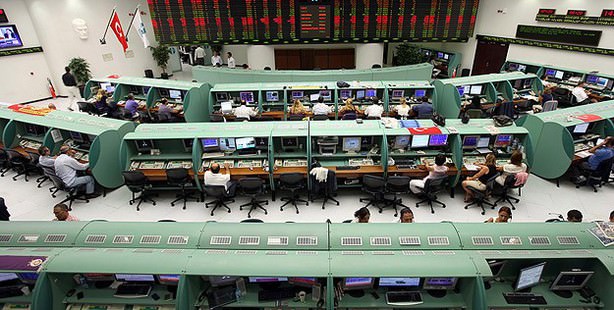 The Istanbul-based anti-graft operation that was launched on December 17 and ongoing crisis between the government and the judiciary had a negative impact on markets. Last week, the Lira dipped to 2.17 against to the US dollar and 3.03 against the euro. The Borsa Istanbul 100 Index (XU100) fell to 63,885, reaching its lowest level since 2012, while the two-year bond yields rose above 10 percent.

The Turkish Lira rallied to 2.1315 against the U.S. dollar in yesterday's trading, while the Istanbul stock exchange jumped over 6 percent to reach 65,944.10.

The worst scenarios already in priced

With the worst scenarios already in priced, recent turbulence will not cause financial panic, according to market players. Some FX and stock market traders also expect recovery at Borsa Istanbul as well as in the value of Lira. Asaf Savaş Akat, a respected economist from Bilgi University, said "this political fight will not cause financial panic and its effects on exchange rate and stock market will be limited." Finance Minister Mehmet Şimşek commented on the situation in a Twitter message and noted that Turkey's strong macroeconomic fundamentals, combined with a healthy banking system and public finances would provide the country with significant room to respond to shocks. "We face a challenging domestic and external backdrop. However, a pretty negative scenario is largely priced in," Şimşek added.

At a public address in Manisa province last weekend, Prime Minister Recep Tayyip Erdoğan called the anti-graft operation "a smear and slander campaign" and said, "Turkey's national income would not have increased from $236 bln. to $800 bln. if there was indeed corruption."

The country surpassed expectations to record 4.4 percent growth in Q3 2013 and 4 percent over the first nine months. Market analysts predict that Turkey will exceed the middle term program goal of reaching approximately 4 percent annual growth in 2013. Similarly, Turkey's debt to GDP ratio will likely reach 36.5 percent at year-end, an area where Turkey outperforms 25 European Union member states and continues to meet the Maastricht Criteria that requires countries to keep the debt/GDP ratio below 60 percent. The government budget deficit to GDP ratio is also expected to be 1.5 percent at the end of 2013, one of the lowest in the EU.

Last week the world's biggest money manager BlackRock Inc said its seizing an opportunity to buy Turkish stocks after political turmoil rattled other investors and drove down prices. "We have been adding to positions in Turkey, especially in the financial sector, over the last few days, as valuations are now compelling," said Sam Vecht, head of the emerging markets specialist team at BlackRock in London, reported Bloomberg on December 24.