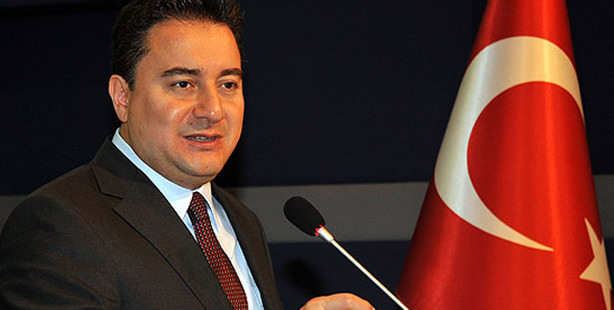 Deputy Prime Minister Babacan and Minister of Energy Yildiz stated that the real target of the Dec 17 political discrediting operation was Turkey. “The ever-developing Turkey was targeted,” said ministers.

Babacan said the operation was an attempt of political engineering in terms of timing, methods and content and that they will not allow games to be played on Turkey.

When the names of those allegedly involved in the second wave of the operation are considered, it became evident that the operation's main targets were the Turkish markets, said the deputy PM. "We would never try to cover up corruption. Anyone who has made a mistake will be held accountable in the court of law," Babacan said.

He further reported that even though 238 million dollars have been withdrawn from the markets around the time of the operation, in the two days before the New Year's, 133 million dollars worth of stock was sold, meaning more than half of what was lost was gained. "We don't think the movement in the foreign exchange rates, the stock exchange prices and the interest are stable. We will not allow anyone to damage Turkey's stability and economy."

Halkbank will regain its reputation

Babacan reminded that state-owned Halkbank is the only bank that could do business with Iran and added, "Halkbank was able to gain the trust of Iran and the US. We are very confident in its performance. They tried to ruin the reputation of the whole bank exploiting its general manager. This perception will rapidly change and the bank will regain its reputation in the near future."

Energy Minister Taner Yildiz described the Dec 17 operation as "coup attempt on bureaucracy and development" and strongly denied all allegations regarding the Fatih Municipality. He recalled the words of Prime Minister Erdogan, "We will certainly bring this gang activity to light. It wouldn't even matter if they were members of our family" and added, "We have been fighting against corruption and fraud for the last 11 years. Dec 17 2013 will not be the day we compromise this principle."

Yildiz also announced that the Northern Iraqi oil had started flowing towards Ceyhan on the Mediterranean coast. "Tanks are filling up. We are planning to start selling oil to international markets by the end of this month." He further noted that American banks would not be involved in the process.

He noted that Turkey is the cheapest country in Europe in terms of natural gas prices and the main gas distribution company Petroleum Pipeline Corporation of Turkey (BOTAŞ) is suffering losses on annual basis. "We are aware that the operation on Dec 17 and other negative economic developments in the world have taken their toll on our citizens, yet we as the energy sector are trying to minimize such adverse impacts on our people as much as we can. We are resisting to increasing prices despite high costs."