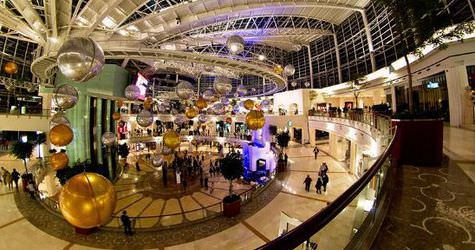 With 35 new shopping malls planned to be opened in 2014 in Turkey, the retail sector is to recruit around 100 thousand new personnel.

Chair of the Turkish Shopping Centre and Retailer Federation, Vahap Kucuk announced to members that the sector reached a 13 percent growth last. The $88 billion sector recruited 100 thousand new personnel in 2013 with a 14 percent growth anticipated for 2014.

However, Kucuk also noted that 2014 might be more fluctuant and warned enterprises to be cautious. "You need to postpone your expectations of greater profit and growth to the following years. Cash management is our priority above profit and growth this year", he said. Kucuk also underlined that unproductivity cannot be accepted and inefficient stores should be closed, whether it be a harsh decision or not. He further announced that 35 new shopping malls will be opened in 2014, meaning a 7 billion dollar investment for the retail sector.
Last Update: Jan 08, 2014 4:28 pm
RELATED TOPICS