Economic uncertainty will not last 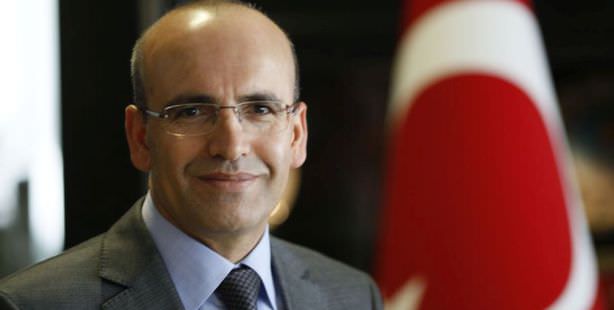 In the aftermath of the Dec 17 operation, the Lira hit a record low since October 2011. Finance Minister Mehmet Simsek assured that necessary precautions have been taken with 4 percent growth anticipated in 2014.

The current economic uncertainty will not last long and Turkey's will reach a growth rate approximately 4 percent in 2014, Finance Minister Mehmet Simsek remarked during a TV interview on Tuesday. Emphasizing the Turkish government's efforts to promote production, exports and investments, Simsek also stressed that all necessary precautions have been taken to maintain a balanced budget and healthy macroeconomic indicators.

Despite claims that recent developments might jeopardize Turkey's investment-grade credit rating, Fitch Ratings confirmed the country's BBB- sovereign credit rating. Acknowledging that tensions between the government and the judiciary resulting from the corruption probe have put strains on institutional integrity, the rating agency nonetheless emphasized that the situation at hand was not incompatible with a BBB- rating despite its potential to weaken sovereign creditworthiness over an extended period of time.

Moreover, Moody's, which raised Turkey's sovereign credit rating to investment grade last May, said on
Wednesday that domestic political risk was already embedded in the country's current rating. "We consider that domestic political risk represents a material risk in Turkey ... which is embedded in the current rating of Baa3/stable outlook," it said in comments.

According to the Central Bank of Turkey, the Real Effective Exchange Rate (REER) Index, which describes the relative strength of the Lira relative vis-a-vis a basket of foreign currencies, declined to 106.85 in December from 109.38 the previous month. While a REER index score of 120 and above signals overvaluation, scores below 110 indicate that the currency is undervalued. The figures show that the Lira is currently at its lowest level since October 2011, denoting an overall decline in the value of Turkish commodities in terms of foreign commodities.

Meanwhile, the Turkish Lira recovered after hitting a record low of 2.1950 versus the US Dollar on Monday. The Lira traded at 2.1600/USD on Tuesday and closed at 2.1770 on Wednesday.