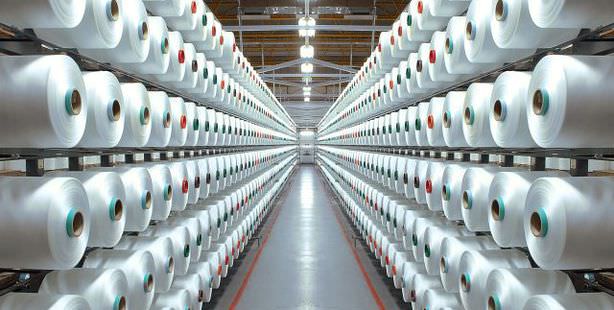 Denizli, a city in the Aegean region of Turkey, renowned for its high-quality towels has broken new ground with 26 patented inventions including astronaut outfits, fire-proof curtains.

Denizli, a city in the Aegean region of Turkey renowned for its high-quality toweling products and referred to as the "King of Bathroom Textiles", has made quite a name for itself through its high added value exports in recent years.

Denizli companies, having trouble with uniform low added value production during the global crisis, drew attention around the globe with their vast range of exports including space stations in China as well as other countries' armies.

Three Denizli companies participated in the Chinese supply chain tender announced by the Ministry of Aerospace Industry in China.

The companies will manufacture space outfits and certain exclusive equipment for the projects to be carried out. The companies won the project through funding provided by Turkey's Small and Medium Enterprises Development Organization (KOSGEB) and The Scientific and Technological Research Council of Turkey (TUBITAK) as the project boosted Denizli's economic growth with US$16 million production during the first stage.

The president of Denizli's Chamber of Industry, Mujdat Kececi, who pointed out that Denizli's growth should set an example for other Turkish cities, said that they take note of industrial distribution to minimize the risks. "In addition to the manufacturing sector, the investments in tourism and agriculture have a significant impact on Denizli's economic growth," Kececi said.

Exports from Denizli increased significantly in 2013. The city reached US$ 2.1 billion in exports, surpassing its industry goal and now aims to boost its export success to US$5 billion by utilizing its high added value products. On the other hand, Denizli's Pamukkale University is in cooperation with industrial firms.

The university carried out 67 projects thus far, including the production of the carbon fiber fabric to be used in Turkey's domestic planes, in collaboration with businesses in Denizli.