The number of unemployed Turks in Germany has hit 143 thousand 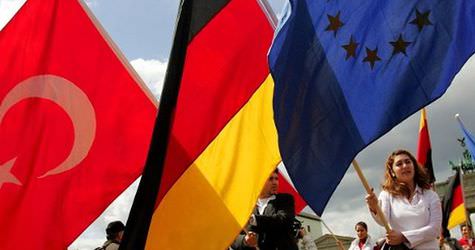 Frank-Jurgen Weise, Chairman of Germany's Federal Labor Agency said that 143 thousand people of Turkish origin, who now live in Germany, were unemployed in Dec. 2013. There are 370 thousand Romanian and Bulgarians in Germany with most of them in qualified jobs with social security. For the time being, we do not predict waves of migration to Germany on the basis of poverty.

Frank-Jurgen Weise made statements on the current state of German Turks in the labor market and the free movement rights granted to citizens of Romania and Bulgaria, to an Anatolian News Agency (AA) reporter.

Weise remarked, "In comparison to previous years, there was no remarkable change in the unemployment rate of Turks residing in Germany in 2013" and added, "143 thousand Turks in Germany are unemployed". According to Weise, approximately 1.5 million of the Turks residing in Germany do not have German citizenship while Turks constitute 28.3 percent of the overall unemployment rate among immigrants.

Pointing out that Turks constitute 23 percent of the foreigners residing in Germany, Weise noted that the figures are disproportional to the unemployment rate.

Emphasizing Germany's need for tradesmen, physicians and skilled laborers in vocational jobs, Weise said that they would "welcome skilled laborers coming to Germany. However, they prefer to stay in Turkey as the demand there is also high".

Weise underlined the language barrier as one of the greatest obstacles faced by Turks residing in Germany when seeking employment. He further noted, "Germany is the main language spoken at both large and small scale companies".

Pointing out the challenges and difficulties encountered regarding the certification of foreign diploma and degrees, Weise acknowledged that the BA tries to assist individuals in this regard. He further noted that one of the main issues encountered by the Turks residing in Germany is the lack of qualification from an educational institution or vocational training.

Weise made evaluations on the free movement rights granted to the citizens of Bulgaria and Romania. "There are 370 thousand Romanian and Bulgarian citizens residing in Germany. Majority of them work in qualified jobs with social security. Currently we do not predict any waves of immigration toward the country on the basis of poverty".

Weise, who sees free movement as an opportunity, stated that this was an asset for the EU and all parties. "We should work with people coming from different cultural backgrounds. It is crucial to create awareness on different markets and demands in a state which strongly emphasizes exports," he said.
Expressing the fact that approximately 12,000 people come to Germany to work under the Bluecard, Weise stated that "4,000 of these people requested the Bluecard only after they arrived to the country." Referring to the Bluecard as neither a success story nor a disappointment, Weise stated that the Bluecard was one of the many options that presented an alternative to the qualified job force in Germany. He further noted that perhaps it was not known to many.