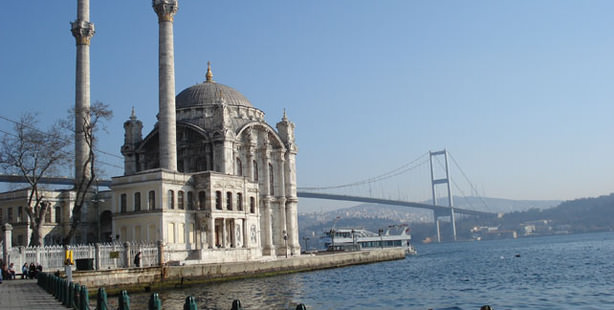 There has been a 10 percent increase in the number of foreign visitors in Turkey since 2013.

There has been a 10 percent increase in the number of foreign visitors in 2013 compared to the 2012, Turkey's Culture and Tourism Minister Omer Celik said in written statement on Friday.

Among international visitors that chose Turkey as a holiday destination, German citizens ranked at the top of the list with 5,041,323 visitors. Russians followed Germans with 4,269,306 visitors and the British tourists came third with 2,509,357 visitors last year.

The statistics that the Minister Celik announced also indicate Antalya (11.1 million), İstanbul (10.4 million) and Mugla (3.6 million) were among the places whose border gate was used most frequently by foreign tourists.

Antalya's main industry is tourism, but agriculture, trade and the film industry are also major economic activities, according to Turkish officials.

Turkey was the sixth most popular destination in the world last year according to figures from the UN and Turkey's Culture and Tourism office.

The UN says that international tourist arrivals grew by 5 percent in 2013, reaching a record number of just over 1 billion, (1,078m) worldwide.

Fifty-two million more people travelled the world in 2013 compared to 2012 according to the UN World Tourism Organization (UNWTO), an organisation which monitors trends in international tourism.

France attracted more tourists than any other country in the world while the United States came in second place, with China, Spain and Italy completing the top five most visited countries.