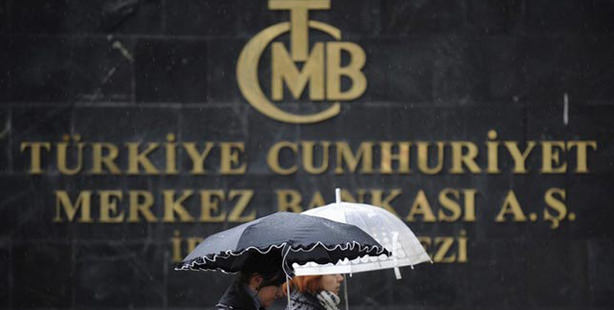 When central bank’s intervention to prevent further devaluation of the lira against the U.S. dollar failed, they decided to take another approach.

The Central Bank of Turkey (CBRT) announced an aggressive increase in interest rates following an emergency meeting of the Monetary Policy Committee on Tuesday. According to a press statement published on the bank's website at midnight, the overnight lending rate rose to 12 percent from 7.75, while the one-week repo rate climbed to 10 percent from 4.5 with the overnight borrowing rate increasing to 8 percent from 3.5. In light of a Reuters poll of 31 economists on Monday, putting the estimated interest rate hike at 2.25 percent, central bank's decision considerably surpassed market expectations. CBRT's decision came a day after the Turkish lira hit a record low of 2.39 against the U.S. dollar early on Monday and rallied the currency to 2.17 on Wednesday.

Emerging currencies suffered major losses since talk about the U.S. Federal Reserve tapering its bond purchases began last May. Expectations that the Fed might further reduce its bond-purchase stimulus on Wednesday further deteriorated emerging currencies over the last few days. In addition to global developments, the Dec. 17 operation added to the political tensions in Turkey and considerably hurt investors' confidence regarding the stability of the Turkish market. Although the country's peculiar circumstances may have contributed to its overall performance, many emerging markets including Brazil, Turkey, South Africa, Indonesia and India –dubbed the Fragile Five- experienced similar problems. Upcoming elections as well as large current account deficits and political instability in these countries have emerged as major factors affecting their economies.

As several CBRT attempts to defend the lira over the past weeks failed to deliver desired outcomes, the bank reluctantly signalled a rate hike. During a public event where the CBRT announced Turkey's quarterly inflation report, Governor Erdem Başçı, hawkishly stated that the bank would take all necessary measures to contain inflationary pressures. Basçı's speech clearly demonstrated that the CBRT was determined to increase interest rates in order to stop the lira's weakening despite objections from Prime Minister Recep Tayyip Erdoğan, a staunch opponent of interest-based monetary policy. "I am against the interest rate hike, as I was before, but I do not have authority over central bank decisions," Erdoğan said a few hours prior to the rate hike announcement. The Bank's aggressive rate hike decision boosted its credentials as an independent institution while reasserting its key role in monetary policy.

The bank's decision was praised by the markets and received positive feedback from corporations with foreign debt stocks. Goldman Sachs lauded the decision in their macro research report and called the bank's most recent move as a "clear and decisive tightening by the CBRT." BGC Partners, a U.S. based global financial services company, also welcomed the rate hike decision. "In general, we think that the move of the bank was, despite its side effects, positive for restoring credibility," the company commented.

Despite encouragement from certain institutions, some international bankers and economists disagreed. Neil Shearing, chief emerging markets economist at Capital Economics, argued that the Turkish market faced considerable risks even after the rate hike. "Unless the government follows central bank's lead by both tightening fiscal policy and toning down some of its more aggressive rhetoric, Turkey will remain vulnerable to further bouts of market turbulence," Shearing remarked. İbrahim Kahveci, an economics writer, shared similar sentiments. Kahveci stated that rate hikes will improve financial indicators temporarily, but will lead to a decrease in growth. Similarly, Prof. Özgür Demirtaş from Sabancı University voiced the concern that "substantial increase in loan rates will negatively affect bank shares and the housing market." Aytun Bilgin, Deputy Director-General of Sanko Securities, also highlighted the side effects of lower growth, remarking that "Policies pushing annual growth below 4 percent might not entail monetary costs, but risk social unrest down the road."

Meanwhile, economist Cemil Ertem argued that the rate hike was not the only option available to CBRT. "Increasing interest rates represents one instrument available to the central bank, but it should be used as a last resort. The CBRT has other tools to prevent currency speculation, such as the disponibility ratio and swap mechanisms." Ertem also warned that the bank might have to further increase rates in case of a capital outflow. Similarly, economist Süleyman Yaşar remarked that the rate hike would not solve the lira's undervaluation problem. Yaşar indicated that Brazil, another emerging market, "increased interest rates from 7.25 to 10.50 over the past year while the Brazilian real declined 18 percent against the U.S. dollar. Brazil's current account deficit has also been on the rise at the same time. Therefore, the rate hike does not necessarily remedy the current account deficit."

The central bank's aggressive interest rate hike is likely to reduce tensions in financial markets. While the current account deficit might rapidly adjust to the new monetary policy, rate hikes will also add to the downside risks of the 2014 growth forecast below 2 percent. Moreover, slow growth might lead to higher unemployment figures and hit the economy back over the longer term. Furthermore, adverse macroeconomic backdrop and the external environment may put the pressure on CBRT again, leaving the bank unable to deliver another rate hike if the markets demand more. The growth outlook will further deteriorate and may potentially lead to a contraction.