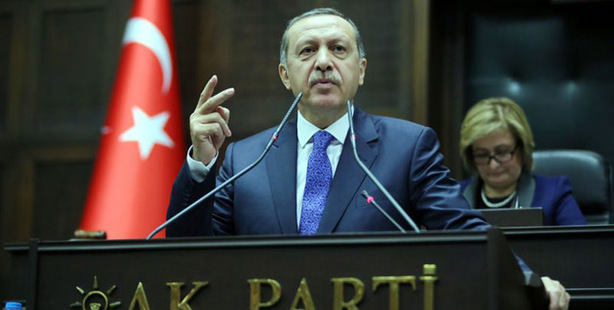 The Turkish government is scheduled to launch new economic amendments, including cost reduction and investment incentives to curb the declining lira.

Prior to central bank's emergency meeting, Erdoğan, who has overseen strong economic growth since coming to power in 2002, declared that he was against a hike in the interest rates. He also noted that the CBRT was an independent institution as they would be responsible and would have to account for whatever might arise in the upcoming days. However, if the CBRT fails to stave off the recent devaluation of the Turkish lira, the government has its own alternatives.

The Plan B on economy might require amendments to the CBRT law. These amendments will reform the country's incentive system and drive costs down to draw international investments to Turkey.
The new economic package is expected to include terms of references, which support U.S. and European style development and employment policies.

On Tuesday, almost doubling all interest rates, the central bank raised its overnight lending rate to 12 percent from 7.75 percent, its one-week repo rate to 10 percent from 4.5 percent, and its overnight borrowing rate to 8 percent from 3.5 percent, which are sharper moves than forecasted by economists.
Regarding the hike of key interest rates, the CBRT Monetary Policy Committee released a statement that the committee decided on maintaining a tight monetary policy until the inflation outlook showed a clear improvement. Liquidity may be tightened further if needed.

Yet, the action taken by CBRT to curb the devaluation of the Turkish lira gave a brief lift to the national currency. Analysts, interviewed by the Associated Press (AP), stated that raising interest rates to defend a currency was a blunt instrument that could only be used so many times without causing considerable damage to an economy.

Neil MacKinnon, global macro strategist at VTB Capital indicated that those interest rate moves had brought temporary relief, yet the history of using interest rates to defend a currency usually ended in tears. He added that Turkey's rate hikes would be regarded as unrepeatable.

Following central bank's moves on interest rates, the prime minister announced alternative economic packages, which caused a stir in Turkish markets. It was alleged that the government would implement capital movement restrictions. Finance Minister Mehmet Şimşek healed the breach by answering the reporters' questions on those alternatives after attending a meeting on public finance which was held by the Foundation for Political, Economic and Social Research (SETA).

Regarding the concerns over a possible government intervention to capital, Şimşek underlined that no capital movement restriction would be implemented in the country and the government would not change the currency regime. He also noted that there would be reforms to turn Turkey into more transparent country.

Turkey's deputy prime minister, on the other hand, held talks on 'interest rates' with the Turkish economy administration. Yet, it was stated that the capital control was not on the agenda of the talks.