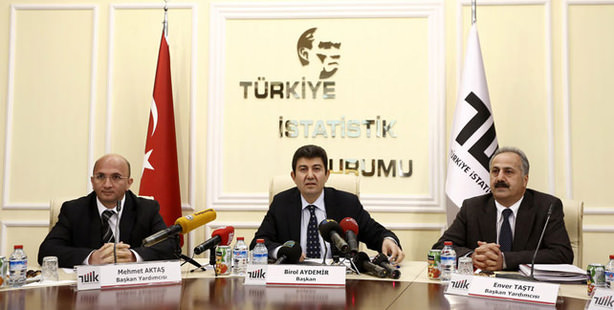 January saw the highest price increase in food and non-alcoholic beverages, while the highest decrease was in clothing and footwear.

The Turkish Statistical Institute (TÜİK) revealed an increase of 1.72 percent in general index in the consumer price index (CPI) in January from the previous month.

Food and non-alcoholic beverages were on the top of the list by an increase of 5.16 percent, while the highest decrease was in clothing and footwear, by 7.59 percent. The indices rose for alcoholic beverages and tobacco by 2.72 percent, for transportation by 2.50 percent, for miscellaneous goods and services by 2.43 percent, and for health by 1.86 percent. Communications saw a decrease of 0.60 percent. The highest increases in January were in Gaziantep, Adıyaman, and Kilis, where prices rose by 8.98 percent compared with January 2013.