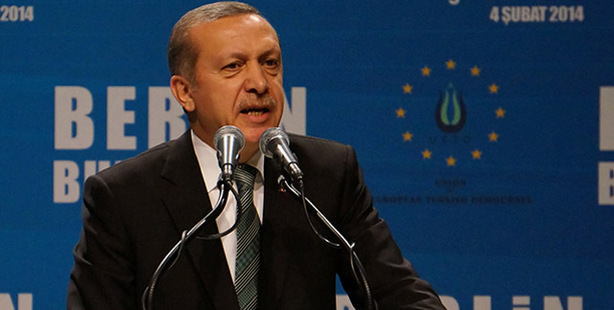 Prime Minister Recep Tayyip Erdoğan made several remarks about the Turkish economy in Germany and addressed the recent devaluation of the Turkish lira, stating that Turkish central bank is an independent institution.

Prime Minister Erdoğan addressed the economy while attending a meeting at the German Council on Foreign Relations. "Central Bank takes the necessary steps," said Erdoğan. "We have B and C plans about the interest. I am a prime minister who is against the interest hikes. But since it is an independent institution, I can't interfere."
Erdoğan also emphasized the importance of business and commercial ties with his host country. "Germany is the most important trade partner of Turkey," he said. "At the end of 2013, our trading volume will reach $36 billion. Among the five million tourists visiting Turkey, Germany has the first place. But Norway surpassed Germany in terms of resident tourists. This situation presents a great importance because of the cooperation between our people. I also expressed to the Chancellor that we expect the support of the German government for German entrepreneurs to come to Turkey."
He also expressed support for cooperation on energy safety.