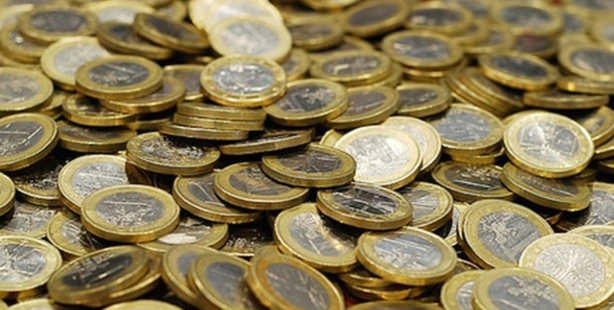 Despite speculations, with no changes since the last plenary meeting in October, it is unlikely that FATF will include Turkey on its blacklist, yet the country may continue to remain on the gray list a little longer

The international standard setting body, against money laundering and financing of terrorism, the Financial Action Task Force (FATF) is having its regular plenary meeting this week in Paris. Although details of the meeting are expected to be announced on Feb. 17, there has been a lot of speculation regarding Turkey's inclusion in the FATF black list, which currently contains Iran and North Korea only.

Beside the speculation, experts believe Turkey's inclusion in the FATF black list is unlikely. A high level source from the Turkish Financial Crimes Investigation Board (MASAK) believes there has been no change requiring Turkey's inclusion. "Turkey enacted the terrorism act and complied accordingly with U.N.
resolutions on terrorism and money laundering. Last year, the assets of 219 people and 63 organizations linked with al-Qaeda in addition to 130 people and four organizations linked with Taliban were frozen," a source stated. Former U.S. Treasury terrorism finance analyst Jonathan Schanzer shares similar sentiments. Referring to the corruption allegations and Turkish companies' ongoing transactions with Iran, Schanzer said, "FATF has nothing to do with the current headlines. FATF will judge whether they meet the criteria or not."

According to the FATF public statement published following the previous plenary meeting in Oct. 2013, Turkey has continued to take steps toward improving its CFT (Combating the financing of terrorism) regime, including issuing a Council of Ministers' Decree implementing U.N. Security Council Resolutions (UNSCRs) 1267, 1988 and 1989. On the other hand, the international standard setting body also underlined that there are remaining concerns and Turkey is expected to take further steps to implement an adequate legal framework for identifying and freezing terrorist assets under UNSCRs 1267 and 1373.

Over the past years, Turkish authorities offered significant assistance to their Iranian counterparts in easing international sanctions through a "gold for oil" arrangement between the two countries. As part of this deal, Turkey exported gold and silver to Iran directly or through the proxy of the UAE in return for Iranian exports including oil and natural gas. Turkey's state-owned Halkbank, which facilitated the program, had long faced criticism from the United States. However, David Cohen, Undersecretary of the U.S. Treasury for Terrorism and Financial Intelligence, cleared Halkbank's processing of oil payments to Iran during a visit to Turkey on Jan. 27. "Halkbank has for some time been involved in handling oil payments for importing oil from Iran to Turkey and we expect that to continue," Cohen remarked.

During last year's FATF meeting in Paris, Turkey requested its withdrawal from the gray list. Despite positive remarks from FATF officials, some of the member countries vetoed the request and Turkey's status remained unchanged. The task force's current plenary meeting is expected to end on Feb. 14 followed by a public statement. The previous public statement hinted that there is no risk to include Turkey in the black list; yet, it is highly likely that Turkey will stay on the gray list for another year.

FATF is an inter-governmental body established in 1989 by the ministers of its member jurisdictions. The objectives of the FATF are to set standards and promote effective implementation of legal, regulatory and operational measures for combating money laundering, terrorist financing and other related threats to the integrity of the international financial system. Turkey is member of the FATF since 1991.