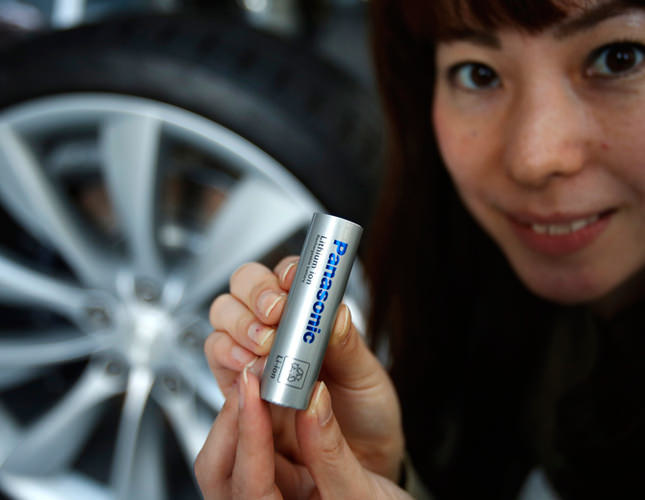 by Feb 27, 2014 12:00 am
Japan's Panasonic and California- based electric-vehicle venture Tesla Motors are in talks to build a $1 billion automotive battery plant in the United States, a report said yesterday.

The electronics giant is inviting several other Japanese materials makers to join the project, with the aim of lowering manufacturing costs of lithium-ion batteries used in electric vehicles, the respected Nikkei daily said, without citing sources. Batteries currently represent a big chunk of the final cost of an electric car and slashing prices is key to making the technology more acceptable to consumers.

The new facility, expected to handle everything from processing raw materials to assembly, is intended to begin operations in 2017 and produce small, lightweight batteries for Tesla, the Nikkei said.

Tesla wants to bring electric vehicles down into the same price range as their gasoline-burning cousins, while also planning to make home-use batteries for grid storage.