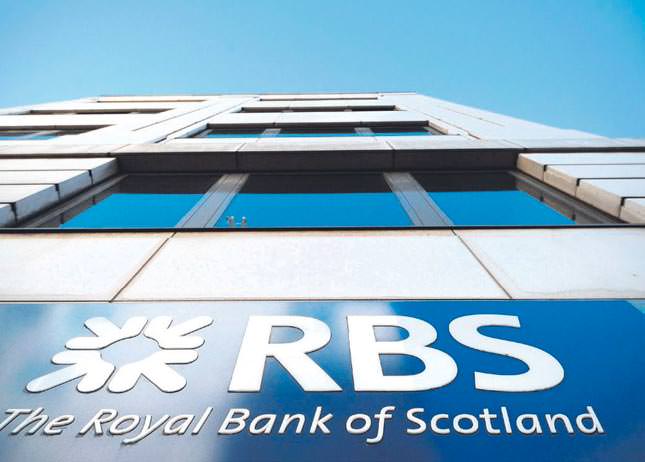 by Feb 28, 2014 12:00 am
Britain's state-rescued Royal Bank of Scotland (RBS) plunged into a near $ 15 billion loss last year on vast charges for litigation and the creation of a 'bad bank' division RBS, part-owned by the UK government, has posted a loss for the sixth successive year, its biggest since 2008.

The lender, of which 81-percent of the shares is owned by the government after a huge bailout during the global financial crisis, added that it would seek to slash its cost base by another $ 9 billion in the coming years and warned of more "inevitable" job cuts. Losses after taxation ballooned to $ 15 billion in 2013. That compared with a loss of $ 10 billion in 2012, RBS said in a results statement.

The loss was sparked by a $ 6.3 billion provision for a string of scandal-related charges and a $ 8 billion hit for the creation of an internal "bad bank" unit called RBS Capital Resolution (RCR). Pre-tax losses jumped to $ 13 billion last year, up from $ 8.6 billion last time around. Revenues fell 12 percent to $ 32 billion.

"Reducing costs and divesting businesses in the bank will inevitably result in reduced staff levels," said chief executive Ross McEwan in the earnings release. Media reports had suggested last week that RBS was seeking a jobs cull totaling at least 30,000. McEwan also outlined a plan to shrink the bank's seven divisions to just three, and simplify its services and products for retail customers.

The bank had warned in January it would set aside more than $ 5 billion for litigation. RBS was rescued with $ 75 billion of taxpayers' cash at the height of the 2008 global financial crisis, making it the world's biggest-ever banking bailout. Former chief executive Stephen Hester earned the respect of the business community by axing 41,000 jobs, selling non-core assets and transforming the balance sheet at RBS, during his time at the helm.

However, Hester left RBS last year, reportedly at the request of Britain's finance minister George Osborne who wanted a new face to help guide the bank's return to private ownership. In November, New Zealander McEwan had launched plans for the internal "bad bank" division in in order to run down $ 63 billion of high-risk assets.