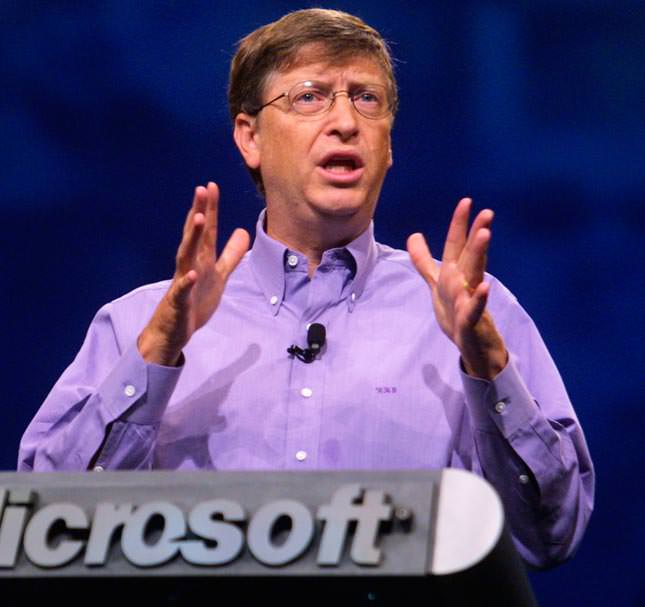 by Mar 04, 2014 12:00 am
Compiled from agencies - Microsoft founder Bill Gates has regained the top spot as the world's richest person according to Forbes magazine's annual ranking of global billionaires. Gates' total net worth was estimated at $76 billion this year, up from $67 billion in 2013. His rise in wealth knocked Mexican telecoms tycoon Carlos Slim off the top spot into second place. In total, there were a record 1,645 billionaires, according to Forbes. The funds needed to make it into the Top 20 ranking are now $31 billion, up from $23 billion last year, Forbes said. Gates has been top of the list for 15 of the last 20 years, according to Forbes.

Technology firms featured heavily in the list, with Facebook founder Mark Zuckerberg becoming the biggest gainer in net worth. His fortune more than doubled to $28.5 billion, boosted by a sharp rise in the price of the social network's shares. The social network's chief operating officer, Sheryl Sandberg, also made the list for the first time. WhatsApp founders Jan Koum and Brian Acton entered the list at number 202 and 551 respectively, thanks to Facebook's $19 billion purchase of the messaging app.

The world's largest economy, the U.S., continues to have the most billionaires, with 492. By region, Europe boasted the most billionaires outside the U.S., with 468 in total, closely followed by Asia, which had 444 billionaires. The list suggested that wealth was spreading, with four new countries featuring for the first time: Algeria, Lithuania, Tanzania and Uganda. Nigeria's Aliko Dangote, Africa's richest man, became the first African to be listed in the top 25, with a net worth of $25 billion.

Landlord Gerald Grosvenor and family were the richest British family to make the list, with a net worth estimated at $13 billion. Known formally as the 6th Duke of Westminster, he owns 190 acres in Belgravia, an area adjacent to Buckingham Palace and one of London's most expensive neighborhoods.
Last Update: Mar 04, 2014 2:10 am
RELATED TOPICS