Obama wants more spending without adding to the deficit 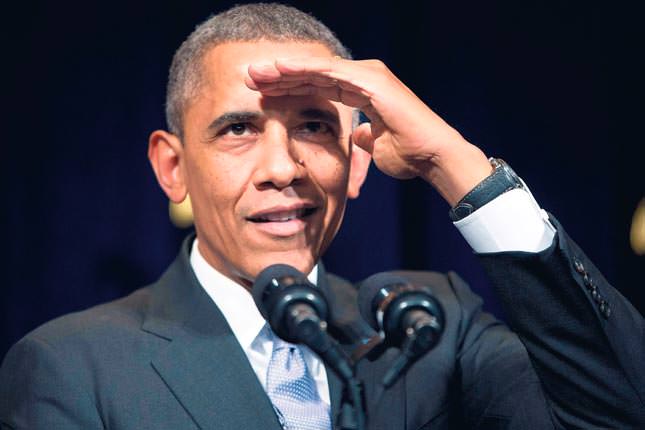 Washington (Reuters) - President Barack Obama will unveil a budget this week that seeks to boost spending on new initiatives such as road repairs, education programs and tax breaks for the working poor while avoiding an increase in U.S. deficits. Obama has made reducing the gap between the rich and the poor a centerpiece of his agenda for his next three years in office. But he is limited in his ability to offer bold new initiatives because of a budget accord he reached in 2011 with House of Representatives Republicans that puts strict curbs on both domestic and military spending. An agreement reached in December between congressional Republicans and Obama's Democrats allowed a slight easing of curbs on spending in the current 2014 fiscal year, but outlays will be essentially flat in fiscal 2015, which begins Oct. 1.

Because of the caps, spending on programs subject to annual review in 2015 will total $1.014 trillion compared to $1.012 trillion - an increase of less than two-tenths of a percent. Obama's budget and the coming debate in Congress will focus on how to work within those limits. "We're on track to having discretionary spending the lowest as a share of the economy since we started recording discretionary spending in 1962," White House Council of Economic Advisers Chairman Jason Furman said last week. "With that comes a lot of choices that we'd rather not be making ... there are pretty difficult choices in just about every area of the budget."

Even with only a minuscule spending increase, Obama's budget proposals are unlikely to become law anytime soon.

The divided U.S. Congress controls the government's purse strings and Republicans who hold power in the House of Representatives disagree with policy priorities such as added spending on job training and other programs in Obama's budget.

That means Obama's blueprint is more of a campaign document than a road map to the country's fiscal path over the next year. It will be used to guide messaging in the November congressional elections in which Democrats are fighting to keep control of the Senate and avoid losing seats in the House.

The budget will flesh out a proposal Obama made in his State of the Union address to expand a tax break for the working poor known as the Earned Income Tax Credit. The president wants to increase the size of the credit for workers without children.

The credit, which has been in place since the mid-1970s, is meant to give low-income workers an incentive to work rather than receive government handouts. But it is substantially more generous for workers with children. Those with at least one child can receive up to $3,305 in 2014, while the maximum for childless workers is $496.

The benefit also begins to phase out at a much lower income level for childless workers - as soon as $8,810, as opposed to at $17,830 for a worker with one child. "It will be a strong antipoverty measure," said Jared Bernstein, a former economic aide to Vice President Joe Biden who is now with the Center on Budget and Policy Priorities. A 2009 Georgetown University paper put the cost of such an expansion at $12.1 billion.

Another of Obama's priorities is an expansion of early childhood education. Advocates say Obama's "universal pre-kindergarten" idea would better prepare children for school and help workers by making childcare more widely available. Obama proposed spending $75 billion over 10 years and $1.3 billion in the first year on the early education program in his 2014 budget. He would have had smokers pay for it by increasing cigarette taxes to $1.95 per pack from $1.01 and indexing the tax to inflation.

While that issue gained little traction, Obama is betting a fall deadline will force action on another one of his proposals: $302 billion for transportation projects, an idea he hopes will attract some Republican support. While both the AFL-CIO, the nation's largest labor union and the U.S. Chamber of Commerce back efforts to upgrade transportation, Democrats and Republicans disagree on how to pay for highway repair.

To pay for the spending, Obama is proposing a corporate tax-code overhaul that would lower tax rates for companies but also eliminate a range of tax breaks, yielding $150 billion to spend on transportation. Representative Tom Cole said House Republicans were open to discussing infrastructure but whether they could come to an agreement would depend on how it is funded. Republicans, who plan to issue their own budget proposal this year, have criticized Obama for resisting making cuts to Social Security and Medicare entitlement programs.