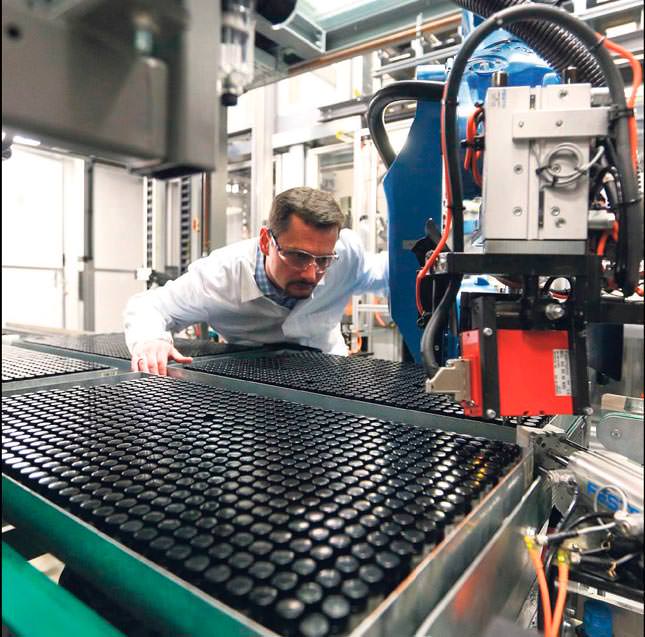 by Mar 04, 2014 12:00 am
Ankara (AA) - An omnibus bill recently approved by President Abdullah Gül designated goods on a list of medium- and high-technology products that will be given a 15 percent price advantage in favor of other bidders if they use domestic inputs. The list was compiled by the Ministry of Science, Industry and Technology.

Nurettin Özdebir, the president of the Ankara Chamber of Industry (ASO), said the new initiative will allow companies to go outside the biggest companies and most popular brand names to better utilize domestic inputs.

The president of the Organized Industrial Region (OSTİM) Orhan Aydın said, "The acquisitions will utilize the national resources and support domestic production. The recently approved law paves the way for that. We suppose that the regulation will make a serious contribution to the domestic industry. We believe it will be extremely beneficial."

Aydın also addressed possible influences of the regulation in increasing the rate of domestic intermediate goods. He expressed that there are other points that support domestic production in the omnibus bill aside from the price advantage of 15 percent. Stating that the mentioned regulations will be a turning point for industry, Aydın said, "For example, Turkey reached 60 percent in domestic contribution to the defense industry, which is the toughest area. There is no reason for not reaching 70 to 80 percent in other industrial areas." "This regulation supports Turkey's claim of being one of the top 10 largest economies in the world by 2023, on the hundredth anniversary of Turkish Republic", he added.

Aydın noticed that if Turkey wants to reach $500 Bn export in the next decade, domestic goods must be highlighted."